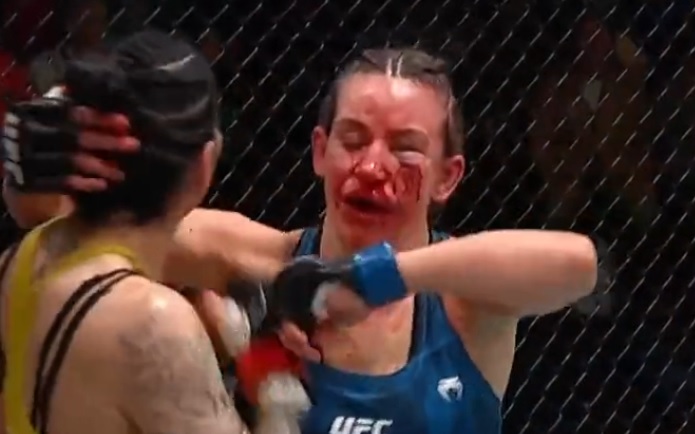 Performance of the Night was earned by Taila Santos as she defeated #5-ranked contender Joanne Wood by RNC in the 1st round. She scored two knockdowns in the fight. On her 2nd, she capitalized by taking the back and locking in the choke.

Brazil’s Ketlen Viera earned a win over former champion Miesha Tate in the main event. The two fighters went into the 5th-round neck and neck, as the first two rounds went to Viera and the next two to Tate. Viera’s striking was able to rack up some visible damage and take the win.

In the co-main event, Sean Brady held nearly 8-minutes of control time before earning a unanimous decision in his 3-round battle against Michael Chiesa. Chiesa came out landing hard shots in the 3rd-round as he knew he needed a finish to win. But it was Brady’s grappling that earned the W.

Fight of the Night bonus went to Adrian Yanez vs. Davey Grant that ended in a split decision. Yanez walked away with some serious cauliflower ear and later spoke on fighting Sean O’Malley for his next opponent.