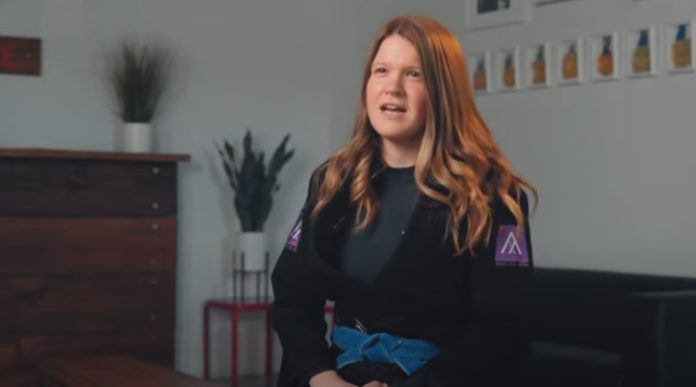 Kenny Kim has released the much anticipated first episode of his new online series, ‘Mat Made’.

The series follows Kim as he travels the country, visiting Jiu-Jitsu hot spots, finding compelling stories in the local gyms, exploring the food scene, and more.

In the first episode, Kim travels to Nashville Tennessee, where he meets up with UFC veteran and commentator Din Thomas. Together, they visit a local gym, the Liberdade Academy, owned by Kim’s friends Milton Bastos and Alex Barcelona: a couple who are both World Champions.

Kim rolls and talks with a blue belt student, Heather, and shares her story of how Jiu-Jitsu helped her cope with and overcome abuse, insecurities, and trauma. Overall, her story highlights the philosophical principles that are associated with the sport.

Beyond jiu-jitsu, the cast also battles it out in a Nashville Hot Chicken challenge at Party Fowl, a local chicken shop. Later, they dig in on some BBQ at Peg Leg Porker and chat a bit more before checking out the Nashville nightlife at Wild Beaver Saloon.