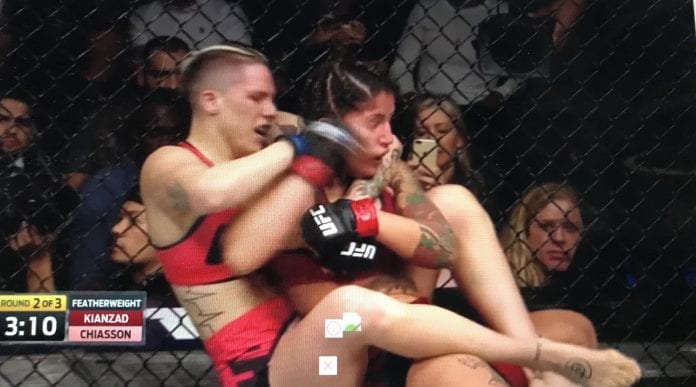 The victory marked Chiasson’s third straight win as a pro, having previously knocked out Larissa Pacheco and Leah Letson.

Chiasson and Kianzad both fought out of Team Gastelum, the coach’s first and second picks respectively.

Here’s a look at the finish: