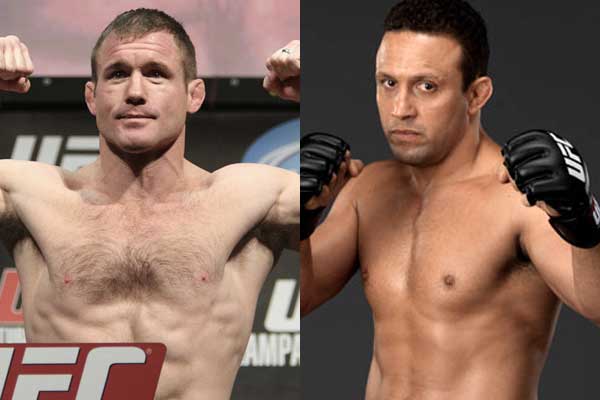 With the Matt Hughes vs. Renzo Gracie superfight set for ADCC 2015, two of the biggest legends in MMA are ready to put their skills to the test once more, however, this time they’ll be fighting outside of the Octagon. Both fighters fought in Abu Dhabi at the UFC 112 card in 2010. Now, they are going to battle it out in the next edition of the ADCC Submission Wresting World Championship in what is known as a superfight. This will happen in Manaus Brazil in Sept. 2015.

When speaking to MMAFighting.com Gracie said that the fight was set in stone. Matt wanted another chance to compete and thus, the fight was offered to Gracie. According to Gracie, he wasn’t expecting the offer but he was happy to accept it right away.

Throughout his career Gracie has taken home 2 ADCC medals having won both the 1998 edition and the 2000 edition in Abu Dhabi. He lost his last fight against Ze Mario Sperry in a superfight, however, the loss was determined by points.

Hughes also participated in the tournament and won fights against Jeremy Horn and Ricardo Almeida. He also lost to Tito Ortiz and Jeff Monson.

Gracie is more than ready to fight again, saying that he is willing to fight every time he is given the chance to do so. As far as a win goes, however, Gracie has no projections and cites the fact that Hughes has fought there before and is a tough opponent. Gracie knows that it is going to be an amazing fight.