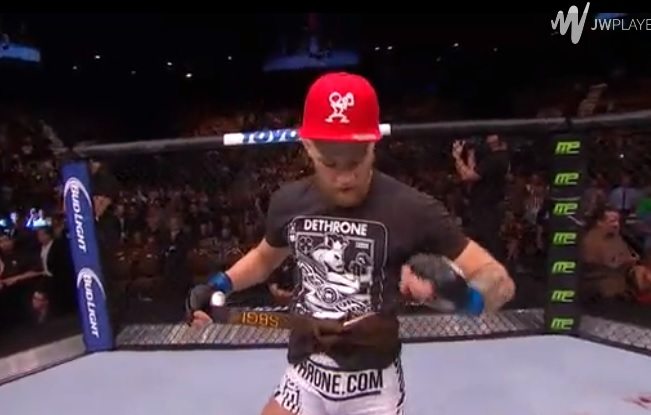 “Conor is a brown belt in Brazilian jiu-jitsu now, and he’s given hell to every black belt he’s trained with.”

“I’ll put it like this: it wouldn’t shock me at all if Conor were to submit Aldo, especially as Aldo starts to tire. Conor has a fantastic guillotine off his back and a really good triangle and armbar too, so there’ll be plenty of opportunities to submit Aldo when fatigue sets in and he starts to leave himself exposed.

That could be one that’s worth a few quid in the bookies. I’ve never seen Conor roll with a black belt and look out of place. Conor is a very high-level brown belt, not far off black-belt level at all, and at that level there’s not much difference between the two. Conor by submission, it could definitely happen.”