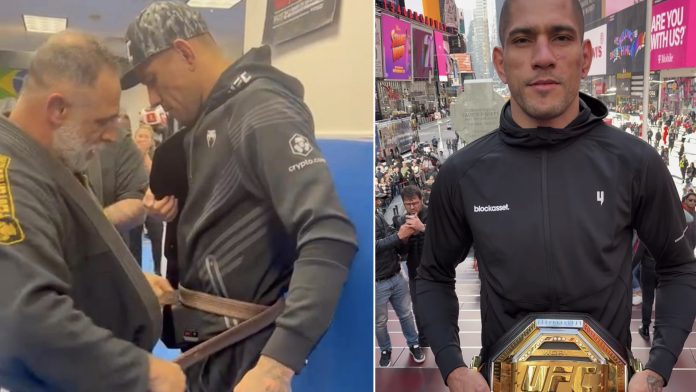 Though his promotion to brown belt has been reported with cheeky headlines such as New UFC Champ Alex Pereira Promoted to BJJ Brown Belt Despite Never Having Submitted Anyone in MMA, the UFC’s kickboxing specialist and new middleweight king Alex Pereira received the rank from his jiu-jitsu coach, Plinio Cruz, this week, per Ariel Helwani.

Comments immediately flooded an Instagram video of the promotion. Most fans criticized what they perceived as the new champ’s lackluster grappling performance against longtime kickboxing nemesis and former middleweight champion Israel Adesanya, an Atos purple belt under André Galvão.

In the video footage, Cruz prefaces Pereira’s promotion by praising his student’s ability to “use jiu-jitsu to survive,” which Cruz argues is more important than submissions or takedowns.