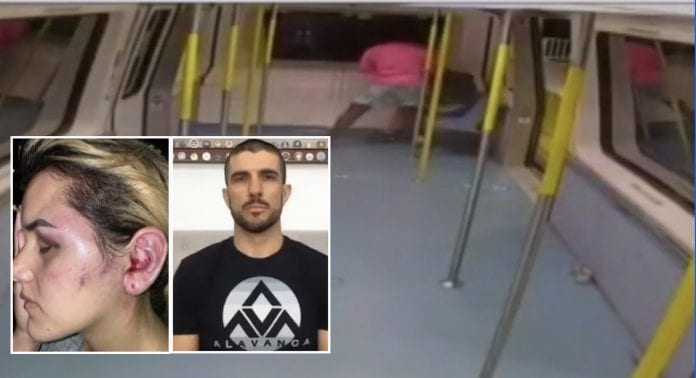 As has become a beloved tradition for Gracie University, a victim of a violent assault is set to receive top level BJJ instruction free of charge.

Earlier this week, a woman named Andrea Puerta posted a CCTV video showing her being beaten bloody on a metro train in Miami, Florida. The attacker, identified by Andrea and by ABC’s Channel 10 as one Joshua J. King, attacked two other occupants and left Andrea with a broken rib.

Seeing the video, BJJ black belt Rener Gracie took to Andrea’s Instagram to offer her BJJ training at the GU Academy in Torrence, CA. Gracie has had numerous victims of assault and bullying come over for camps focused on self defense. Gracie also released a breakdown of her attack and possible responses:

Jiu-Jitsu can be the silver bullet in defending yourself against a larger attacker. Trained or not, remember to be safe and love each other.

It’s scary out there.