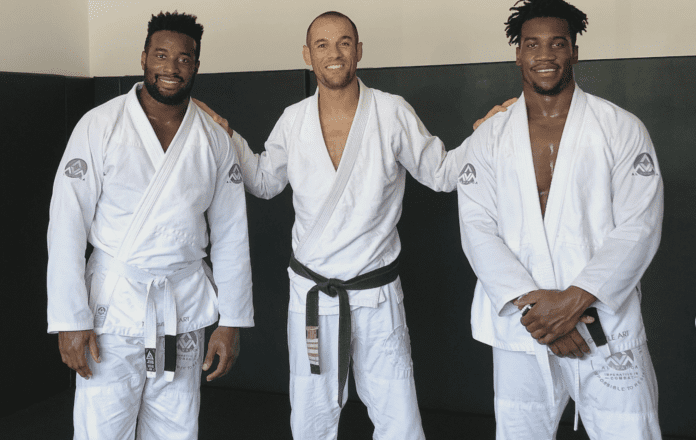 New Seattle Seahawk and defensive end Jacob Martin spent years honing his football skills in school to get to the NFL. But when the time came to jump to the pros, Martin enrolled at Gracie University to gear up for his rookie season.

According to the Seattle Times, Martin spent the three weeks before Seahawks training camp with his brother Josh–a New York Jets linebacker–at the Torrence, California, Gracie U flagship training grappling, takedowns, and combat.

“It’s another form of mobility that’s not as taxing on the body,” Martin told The Seattle Times. “Understanding the body and the give and take and that kind of relationship, it helps you move better. Doing hand-to-hand combat, understanding how the body works, understanding traps — trap the elbow, trap the wrist, trap and roll — (it all helps) when it comes down to pass rushing. That’s where that idea came from.”

Fun times in the sand with @joshmartin95 and @jacobsphotos_ #jiujitsu #nfl