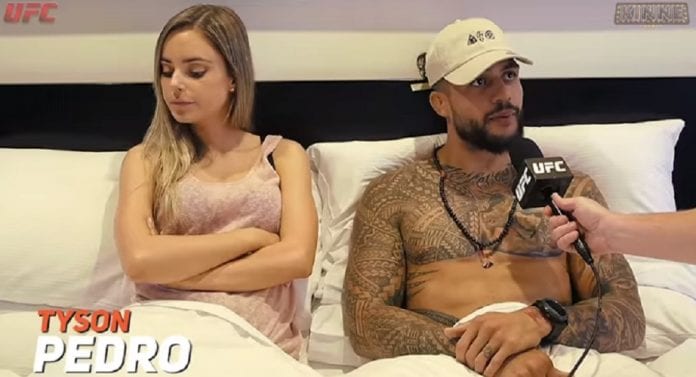 They may be experts in causing serious bodily harm to other people, but a lot of UFC fighters out there also have a killer sense of humor.

In this video, fighters from tomorrow’s UFC Fight Night card in Adelaide, Australia give a different kind of post-performance interview, and yeah, it’s hilarious. Be warned: while there’s nothing overly NSFW in the clip below, not everyone might be happy with their children or grandma hearing the innuendos in the video.

In the lead up to UFC ADELAIDE, rather than interview the fighters straight after their fights in the octagon, we interviewed them straight after some 'time' in the bedroom.Featuring Tai Tuivasa, Tyson Pedro, Jake 'The Celtic Kid' Matthews, Ashlea Renae & KINNE. Camera: Jeff Sainlar Visuals