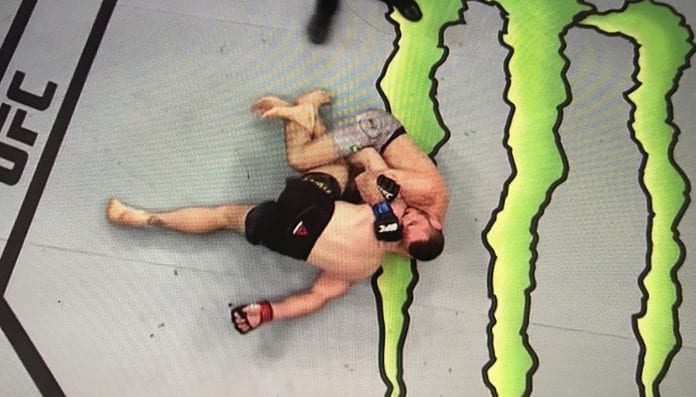 UFC’s Adelaide fight night on Dec. 1 was mostly a collection of knockouts, but welterweight Tony Martin did squeeze in one spectacular grappling finish over opponent Jake Matthews.

Maximizing on a low leg kick which brought Matthews to his knees, Martin quickly snaked in an anaconda so tight Matthews went limp-armed in just under 15 seconds. The submission came early in the first round.

Martin fights out of Team Lloyd Irvin, with his professional record now standing at 15-4-0. Nine of those finishes have been by submission.