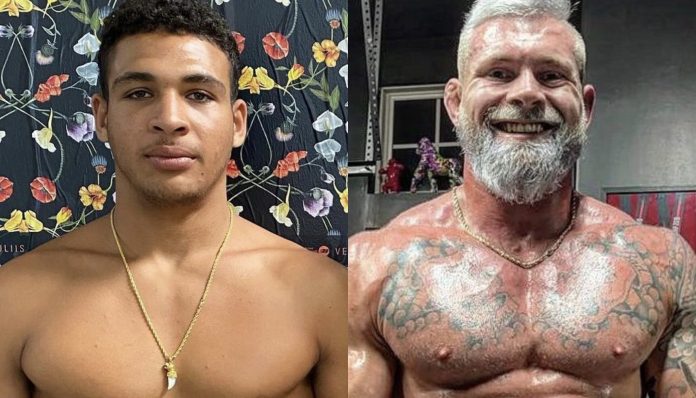 Tye Ruotolo has called out longtime no-gi king Gordon Ryan for a no time limit, sub-only rules grappling match. In an Instagram post published on Saturday, October 22, Tye wrote, “Remember that [D’arce] at Modolfo? It would be competitive now and I’m 19 and natural. I guarantee you retire before I gain 15 pounds. Pure facts, no ill intent. Let’s do the same deal you did with Pena. No time limit.”

The “D’arce at Modolfo” seems to be a reference to a Modolfo training camp from years ago, when the Ruotolos – who at the time, were still just kids – supposedly used to catch Gordon with submissions in training. Gordon himself, in response to questions from fans, simply commented, “Just watch the tape on Fanatics. They were much younger and it was training. I got subbed plenty of times on that video. But I’m not sure I got [D’Arced].”

For his part, Gordon appeared to welcome Tye’s challenge, replying in the comments, “How about you put up your 50k win bonus from ONE and I’ll put my same 100k that I did with Pena? 2-1 odds, no time limit. Just remember, I’m not Josh Hinger, and you couldn’t beat him.” That last jab references the first-round upset at ADCC 2022 that knocked Tye out of -88kg contention at the hands of his Atos teammate.

Tye fired right back, “So you don’t have the same confidence with me that you did Pena, interesting. I’m not worried about the numbers, [we will] figure that out. We know all the organizations, any one of them will host this, no time limit.” He signed off by tagging both the ONE Championship and FloGrappling accounts.

Tye – who along with his brother Kade, frequently speaks out against steroid abuse in jiu-jitsu – also referenced Gordon’s alleged PED use, adding, “Given the fact that you made this deal for Pena, you’re 80 lbs heavier, and utilizing performance-enhancing drugs… I assumed you would confidently make me the same offer. Clearly the confidence to make that same deal isn’t there and that’s ok, I get it. At the end of the day I couldn’t care less about money. I want to fight you.”

Despite plenty of enthusiasm for the scrap from fans of both athletes in social media comments, the question of whether the match will be made remains up in the air.