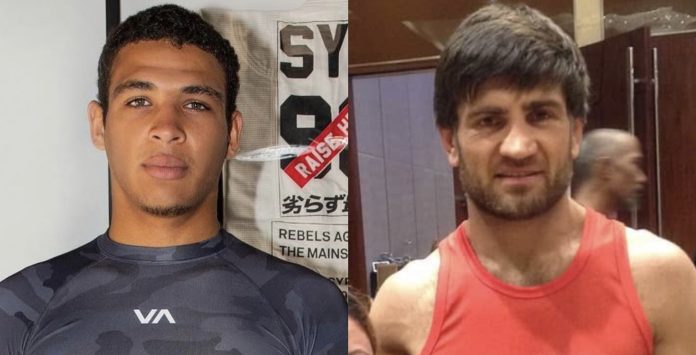 Tye Ruotolo has officially booked his second tango in the ONE Circle for Friday, December 2, at ONE on Prime Video 5. After choking out Garry Tonon back at ONE 157 in May, Tye will be following up that bonus-winning debut with a grappling showdown against ONE’s former MMA featherweight king Marat Gafurov.

Tye, who’s currently slated for the prelims, will be sharing the card with twin brother and ONE lightweight king Kade Ruotolo, who will be defending his title for the first time against Checkmat star Matheus Gabriel over on the main card.

While pure jiu-jitsu specialists like Tye typically have the advantage over MMA fighters in submission grappling matches, Gafurov is no ordinary MMA champion. A Dagestani native, back in 2015, he held the then-record for fastest submission in ONE Championship history at 41 seconds, over Martin Nguyen, part of six consecutive fights that Gafurov won by rear-naked choke in the ONE Circle.

As impressive as Gafurov’s submission chops are, however, Tye isn’t just an elite jiu-jitsu athlete – he’s one of the most decorated submission grapplers currently competing. As of this year, he’s an ADCC bronze medalist – in the absolute division, no less – as well as a two-time IBJJF brown belt world champion, and Mundials silver medalist at black belt. What’s more, as Kade’s twin, Tye is also the primary training partner and cornerman to the current ONE lightweight submission grappling champ, and youngest ADCC champion in the history of the sport.

With a matchup like this one on the card, the only true certainty is that action is guaranteed.

Catch the show on December 2, 8 PM EST, at ONE on Prime Video 5, streaming via Amazon Prime.