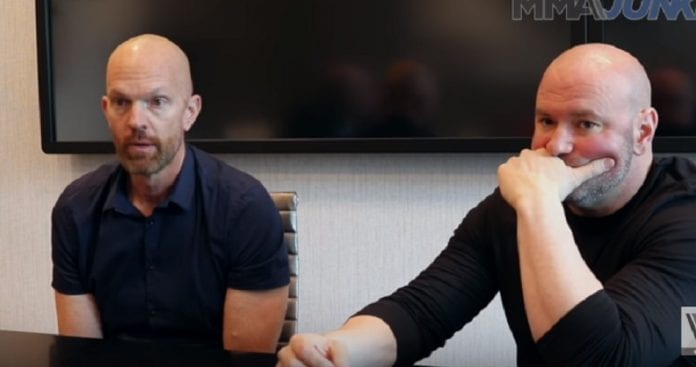 Dana White has revealed that this Saturday’s UFC event will be moved from Las Vegas to Los Angeles following what were described as “atypical findings” in Jon Jones’ December 9 drug test.

Jones will still be facing Alexander Gustafsson in the main event for the light heavyweight title. His drug test revealed what the USADA referred to as “extremely low levels” of the banned substance turinabol in his system — the organization’s conclusion was that it was residual amounts from his “prior exposure” to the substance that had originally gotten him suspended for fifteen months.

Watch Dana White and Jeff Novitzky discuss the development below: