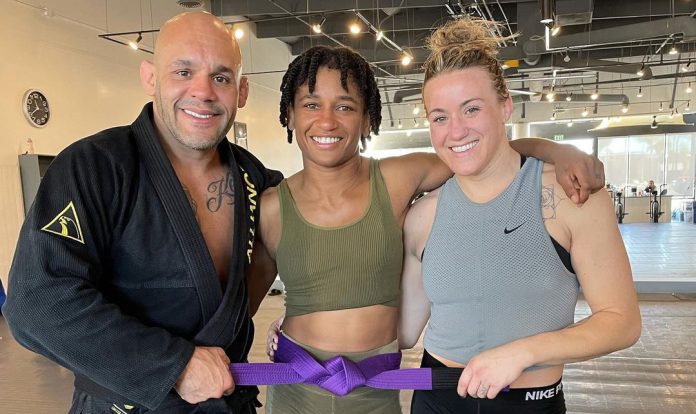 UFC strawweight fighter Angela Hill has been promoted to the rank of purple belt in Brazilian jiu-jitsu.

Hill, an Invicta and World Kickboxing Association champion, earned the promotion from Johnny Faria and Jenna Bishop of Alliance San Diego. She shared the exciting news on social media.

Hill earned her blue belt back in August of 2018. A week ago, she competed in the gi for the first time at a Jiu-Jitsu World League tournament in San Diego.

Hill made history by becoming the first Black female fighter in the UFC — a journey that started with her participation in The Ultimate Fighter in 2014. She was released from the promotion in 2015, but then, after being crowned as the Invicta Strawweight Champion in 2016, she returned to the UFC. She currently holds a record of 13-11 with a few controversial split-decision losses in the mix.