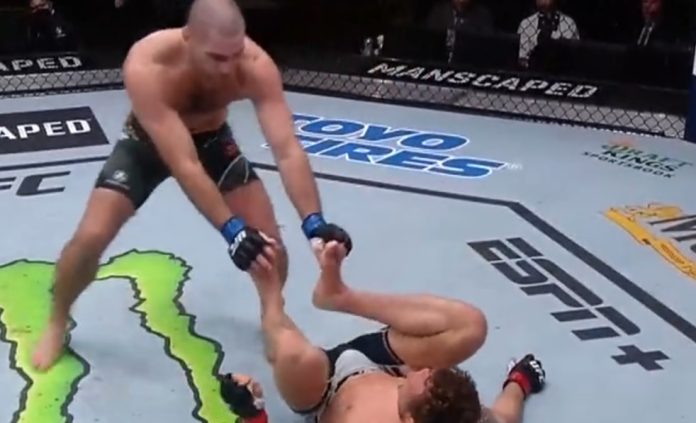 Middleweight contenders Sean Strickland and Jack Hermansson battled it out for 5-rounds in the main event of UFC Vegas 47 on Saturday night.

The fight ended with Strickland’s hand being raised via split decision, but it could just as easily have gone the other way. While the pair had agreed earlier in the week to a no-takedown clause, Hermansson chose to shoot for a few but was stuffed by Strickland every time.

Strickland’s boxing was there the entire fight, establishing a jab early and reddening the face of Hermansson in the early rounds. However, Hermansson was able to land some big shots, including some nasty body shots and a few wild flurries.

The Joker broke the gentleman's agreement of no takedowns! 😂 #UFCVegas47 pic.twitter.com/2rj95M2BSc