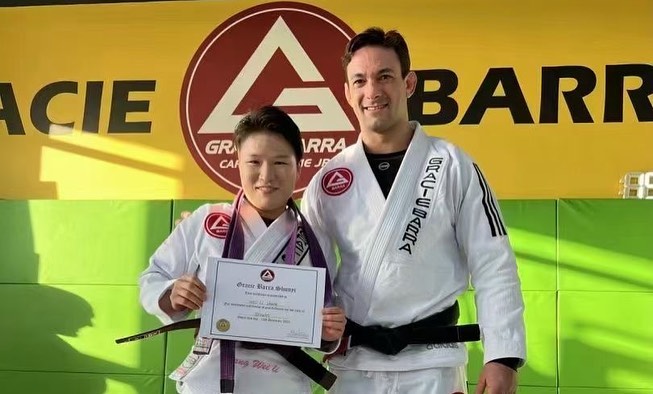 The UFC’s freshly re-crowned women’s Strawweight champion Zhang Weili has earned her Brazilian jiu-jitsu brown belt from Professor Pedro Jordão of Gracie Barra. According to an Instagram post that Zhang published on her Instagram page, the Strawweight queen spent seven years at purple belt before earning her brown belt, and has studied jiu-jitsu under Jordão since 2014.

“It’s really not an easy thing to do,” Zhang wrote in the Instagram post caption. “Professor [Jordão] is a strict man. We’ve been together since 2014. The professor helped me a lot. I was the only student in the club. I didn’t realize that after all these years our team would be so big. We’re gonna keep going and keep going.”

Zhang, who won her championship belt back from Carla Esparza in November 2022, has not yet announced her first title defense. However, per BetMGM, the champ reportedly hopes to fight on her home turf in China, where the UFC could potentially stand to break new ground with a major pay-per-view event.