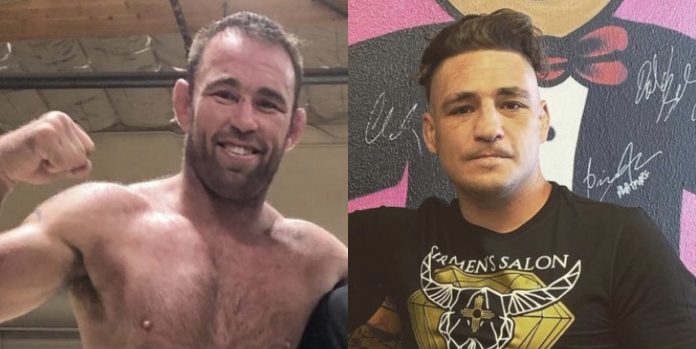 The next High Rollerz event is on the horizon, and the cannabis-friendly promotion has announced a big-name match to start building the hype.

Former Strikeforce middleweight champion and current PFL fighter Jake Shields will be taking on UFC welterweight fighter Diego Sanchez in a no-gi BJJ “supermatch” at High Rollerz 4, set to take place at the beginning of February.

Though Shields is best known for his accomplishments in MMA, he’s been active in the competitive BJJ scene for years, winning bronze in ADCC in 2005 and recently competing at events like Fight 2 Win, 3rd Coast Grappling, and Submission Underground. This will be his first BJJ match of 2021, having faced off against Richie Martinez and Brent Primus at SUG in 2020.

Sanchez, also a BJJ black belt, has also been primarily focused on his UFC pursuits. However, he’s also proven his prowess in grappling, becoming a seven-time Grapplers Quest champion and competing at SUG 8 against Jake Ellenberger.

Theirs will be a ten-minute no-gi match. Should no submission occur in regulation, the athletes will go into overtime, where EBI OT rules will apply.

The winner of the match will earn a High Rollerz belt and, of course, some marijuana — one pound of it, to be exact.

High Rollerz 4 will take place in Las Vegas, Nevada on February 5 and 6 and will be available to watch on Pluto TV on February 12.