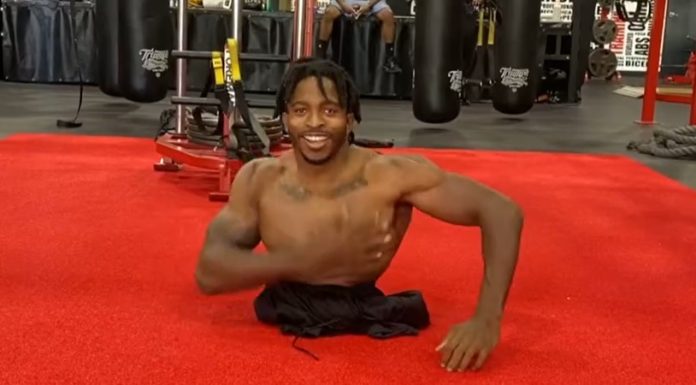 Zion Clark, 25, who was born without legs due to a genetic disability known as caudal regression syndrome, is best known for the grit that led to a wrestling career that started in grade school, and eventually took him to Kent State University.

Throughout his wrestling career, Clark has showcased tremendous success against able-bodied athletes, which were documented in the short Netflix feature Zion. Much like blind multiple-time national wrestling champion turned BJJ black belt Clinton Terry, Clark refuses to allow his disability to dampen his competitive drive.

Now, the 25-year-old hopes to take that same grit and success to the cage, where according to a November TMZ interview, he plans to fight this month. He’s also got his eye on the 2024 Olympics for wrestling.