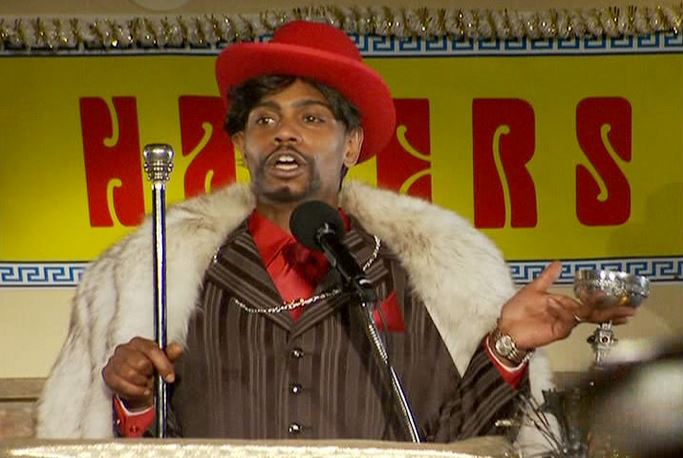 There are haters everywhere in life. From the classroom to the boardroom. On the internet forum to the BJJ mats. Yes, the BJJ mats. I know we have all heard that BJJ is an ego free martial arts, but it isn’t a hater free art. In every gym and tournament, there is going to be some haters out there trying to diminish or tarnish someone else accomplishment. Why? Because that’s just what haters do. The best thing to do when one hates on you is to ignore it and do as Taylor Swift does and “I shake it off, I shake it off.”

How did you get promoted/Your belt is not legit: We see this a lot now as the online version of the Gracie Academy awards blue belts through their online testing. Many on the internet question the legitimacy of the belt and throw out sayings like “I earned my belt on the mats.” In other cases, people will hate on somebody who gets fast tracked and gets their blue belt in 3 to 6 months. In the end, how does anybody’s promotion add or take away from your own enjoyment of BJJ and your own journey? Chances are it doesn’t. So just train and don’t worry what others are doing for their own journey.

A Purple Belt at that school is really a Blue Belt at mine: If you visit a school for a class or open mat, be respectful of the school, the coaches, and students. Questioning the quality of the students at the school and the students’ rankings is bit of a reach. At many schools, the students will keep it playful against a visiting guest and not go full blast. Or maybe, you come from a high level competition school full of young competitors, while another school is full of hobbyists having fun a few nights a week. Each school’s standards for promotions will vary and each student’s purpose during rolls will differ as well.

He/She got the easy division/side of the bracket: What do you get out of hating on a person that wins a 3-person bracket or gets to the final due to getting a bye or an easier opponent? Competitors don’t have a say in who enters their divisions or who they will face at their tournaments. Why hate on somebody who busted their butt training, paid the entry fee, and laid it all on the line on the mats. Cause haters going to hate.

Talks up how great team/association is, but never won anything on their own: “My school won tournament A, B and C and is home to x many world champions. Your school hasn’t done jack.” Yet the person saying this never actually competed or won, but is living off the sweat equity built up by other people representing the school/association.

He/She’s a sandbagger: “A blue belt that wins two tournaments should be a purple belt.” You don’t think that blue belt wants to get promoted? Calling somebody a sandbagger is like hating somebody for having green eyes. BJJ practitioners have no say over when they will be promoted to the next belt level. All one can do is go out and train hard and compete. It is up to the coaches to decide when their students are promoted.

I would have beat that guy/gal: Maybe, but you didn’t enter the tournament, so we will never find out. Don’t hate on the competitor that trained hard and actually stepped up while you sat back and ate an acai bowl while he/she were competing.

Dude is on steroids: Unless you have a USADA test confirming somebody is on steroids, you have no proof. Top level BJJ competitors train 2 to 3 times a day, live a healthy lifestyle and have amazing genetics. It is easy to speculate and accuse people of using steroids. Until they fail a test at the Mundials or another event, its just speculation.

I heard he is a douche bag: Never met the guy or trained with him, but yet you assume he is a douche bag. He looks cocky. Here is news for you. To compete at the highest level, you need to be confident and believe in yourself. While some might view this as arrogance, it is the mental state one must have in order to face numerous monsters in one day. The same hater that calls someone a douche bag will likely be begging that person to take a selfie with him/her at an event.

I was rolling light against you bro: You get the better of somebody and rather than say “thanks” and “good roll” he/she feels the need to tell you they went light on you. If you were rolling light, why were veins popping out of your head while you were breathing so hard?

Pulling guard is weak:  This goes back to the whole self-defense vs. sport Jiu Jitsu debate. Most people wouldn’t pull guard in a self defense situation, but for sport, it is a sound strategy against a wrestler or judoka to avoid giving up take down points. What is weaker than pulling guard is getting swept or submitted by someone who pulled guard since you were given the advantageous top position and couldn’t maintain it.