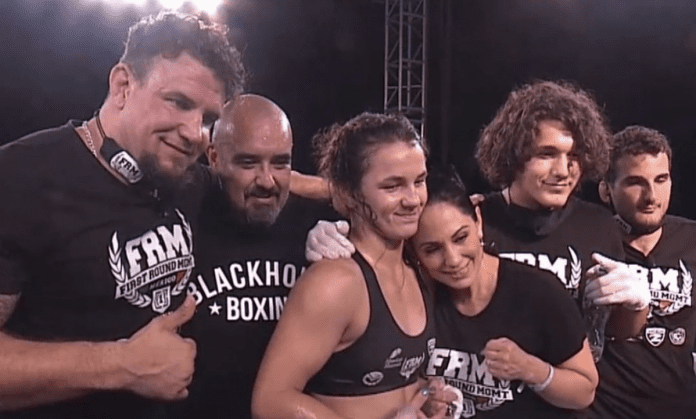 Bella Mir has just taken a big step in her own MMA journey as she kicked off her professional debut with a win.

Mir took on Danielle Wynn in a catchweight bout at Ikon FF 2 in Sonora, Mexico, marking the pro debuts for both athletes.

The 17-year-old was able to showcase her grappling skills throughout the fight, though Wynn didn’t make it easy for her, giving Mir a bloody nose in the first round. The second round saw Mir continue to work her ground game, raining down strikes on her opponent until the bell rang. In the third and final round, Wynn managed to defend herself against an armbar attempt from Mir, picking up the offensive pace herself, but it wouldn’t be enough to win the fight.

Mir was given the decision victory, and in a post-fight interview, she expressed the emotional significance of “following the footsteps of [her] dad.” Mir’s father, of course, is former UFC heavyweight champion Frank Mir, who cornered his daughter throughout her fight. He later shared a post on social media sharing the news along with a photo from the aftermath of the bout.