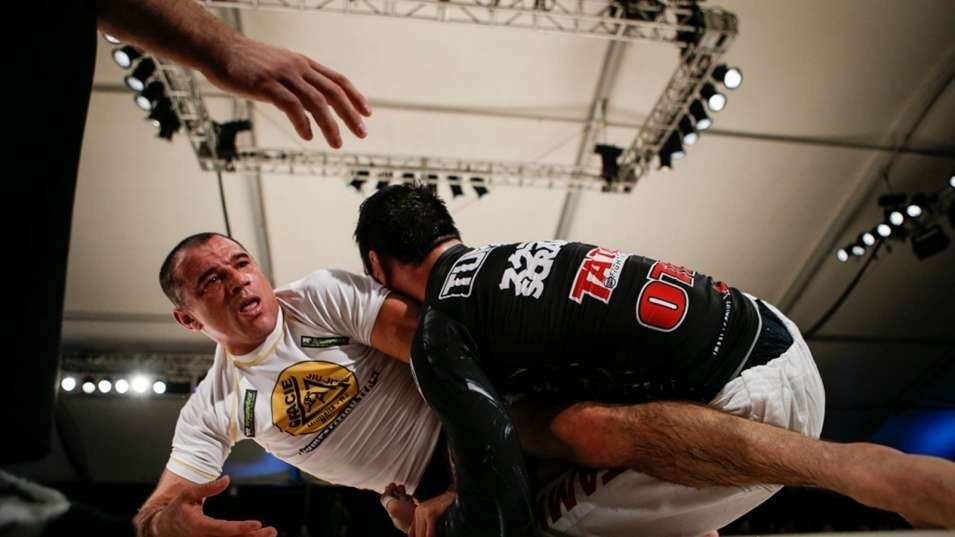 I once loved to spar with and beat up training partners. This was when I was in my 20’s, and they were in their mid-30’s and had slowed down considerably. I am in my mid-30’s now, and I realize that I also will slow down a bit as I age. I will have to learn how to adapt my jiu-jitsu game to stay on top of it. That way, I still should be able to compete against the young guns during competitions and training.

I have come up with a plan, which I now will share with you.

I train with someone who is not at all explosive, and he is not fast and has average strength. However, what he lacks in these areas, he makes up for with his strategic and patient maneuvers. He uses strong defensive moves as well, in his position as half guard. Even though he is not as fast as the younger athletes who he competes against, he has been successful at tripping many of them up by using his strengths. He allows for his opponents to be more active and watches for mistakes. Then, he takes advantage with a sweep of his own when the opponent’s guard is down. He knows that he can work with his intellect to defeat whoever he is up against.

The following are the key aspects of this style:

1. Protect yourself and always be aware.
2. Let your opponent do the work.
3. Bait the opponent.
4. Capitalize with your signature strong moves.

1. Something that everyone takes for granted is when they have a good defense. It is always easy and more popular to use submissions or fancy guard passes. Instead, try out observing your opponent to be more aware of his actions and defend yourself early. Make sure that you do not place yourself in a position that puts you at a disadvantage. Stay aware of what is going on all of the time.

2. Get your opponent to make all of the moves. This will require you to stay calm. When you panic, you seriously run the risk of gassing out. Control your breathing and go slower, using the defensive style that you have mastered. You stand a chance at losing the fight when you rush. It is a losing battle to attempt to match the speed of a younger opponent. It is a better idea to watch out for any weakness and use it to your advantage. Anderson Silva of MMA fame has adopted that strategy. He does not hit unless he is attacked first, and then he uses counter kicks and punches. Hugo Fevrier, who is a Black Belt, is extremely patient and strategic while competing. He allows the opponent to pull guard, goes into side control, and then uses a technique such as a choke or armbar.

3. Baiting is when you have your opponent stuck in a position that you have mastered. This is when you must be patient and use secret techniques to get the better of him. When I sparred with Simon Hayes, he fought in the opponent’s close guard. Then, he went for a triangle by placing his right arm inside his opponent’s legs. He would quickly move into a guard pass or choke.

4. Capitalizing is when you have the opponent falling for your trap and you move in quickly with your key moves. Timing is the most important thing here. This is something you only will learn over time.