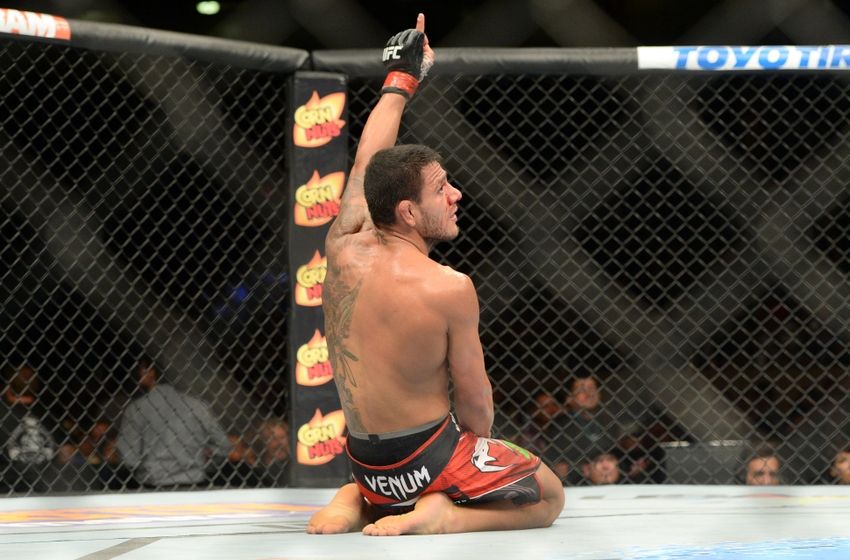 “I’m super excited with this opportunity, it will be my fifth fight in 12 months. I like to be the underdog, I’m used to it. It’s a motivation for me and against Pettis will be no different. I fight well when have big challenges. I knocked Ben Henderson out and I’ll do the same with Pettis. I want to make history and become the first Brazilian to win the Lightweight title.”

“I think that you have to put pressure on Pettis, otherwise he starts to throws those kicks that he has. He’s a creative guy, I think that you have to not let him breathe. He’s a great champion, has a strong game, he’s coming from a impressive streak, finished two former champions, such as Henderson and Melendez. He’s also young, well rounded, knocks people out, submits guys, but I think that his reign will end. He’s a human being, he has already lost and made mistakes. I see a lot of flaws in his game but I won’t tell because I would be giving him a chance to correct things, but I know that my volume will be important. I’m only sure that this fight will not go to the distance. I’ll will train to finish him by KO or submission. I don’t know how but I’ll win.”