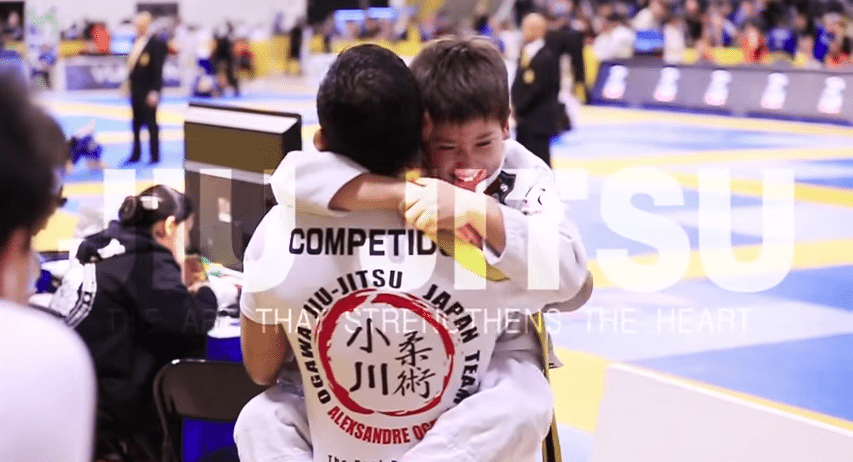 Heart exists in any activity that requires sacrifice. In order to be willing to make the necessary sacrifices to succeed one must have some degree of heart, but this is not the only qualifying factor. Heart means digging deep when there are only a few seconds left on the clock and going for broke to score a point or get a submission. This is not an easy experience.

I recently competed at Submission Addiction, a submission only tournament. and I saw many different examples of heart. I saw my coach who is older than most competitors step into a bracket with other world class competitors including Vitor Oliveira. Regardless of the outcome, our coach showed us all the true meaning of heart.

At this Sub only tournament, I saw one of my teammates, a white belt with a limited arsenal, roll for 45 minutes because neither he nor his opponent had the wherewithal to find a submission (or to give up,) eventually my teammate succeeded, grabbed an ankle and won the match. This sort of heart will go a long way once technique is present.

I also saw matches in which people survived barrages of attacks through the time limit. This is where heart meets a sort of stubbornness. Often in order to win a match one must be completely stubborn and unyielding. This stubbornness is just not in all of us, and many people will never have it. There are often moments in matches when you can see the person who loses give up and allow the other person to finish the match. People with the kind of stubbornness it takes to survive a 20 minute assault. like some did at this tournament, don’t really have it in them to give up, even if they don’t necessarily have it in them to win either.

There is also heart in sportsmanship. The realization that the other person is human (just like you are,) and the attitude of handling both victory and loss with grace is vital. The reality is that at any given moment we can all win or lose any match given the right circumstances, and very often people with the most heart show that heart in their poise in victory OR defeat (even if they go home later and are angry about the loss.) I’m not saying that you can’t be a sore loser or a cocky winner either, but in the moment, while your opponent is present, show them the respect they deserve.

Heart is a complex construct of human toughness and courage. It is in fact something that cannot be taught, but at the same time must be practiced. BJJ is an ideal art to develop heart as it allows people of all different physical abilities or lack thereof to build themselves up. Heart is what makes our sport so special. Think of it like this: had Helio woken up the morning of his fight with Kimura and said “Man that guy is so big and strong, I’m just gonna go ahead and forfeit.” BJJ wouldn’t be here today. Had Royce Gracie said “That Ken Shamrock he’s a really good fighter, I’d better let someone else take my place at the first UFC event.” BJJ wouldn’t be what it is today. Heart built this Art, and builds its participants on a daily basis.