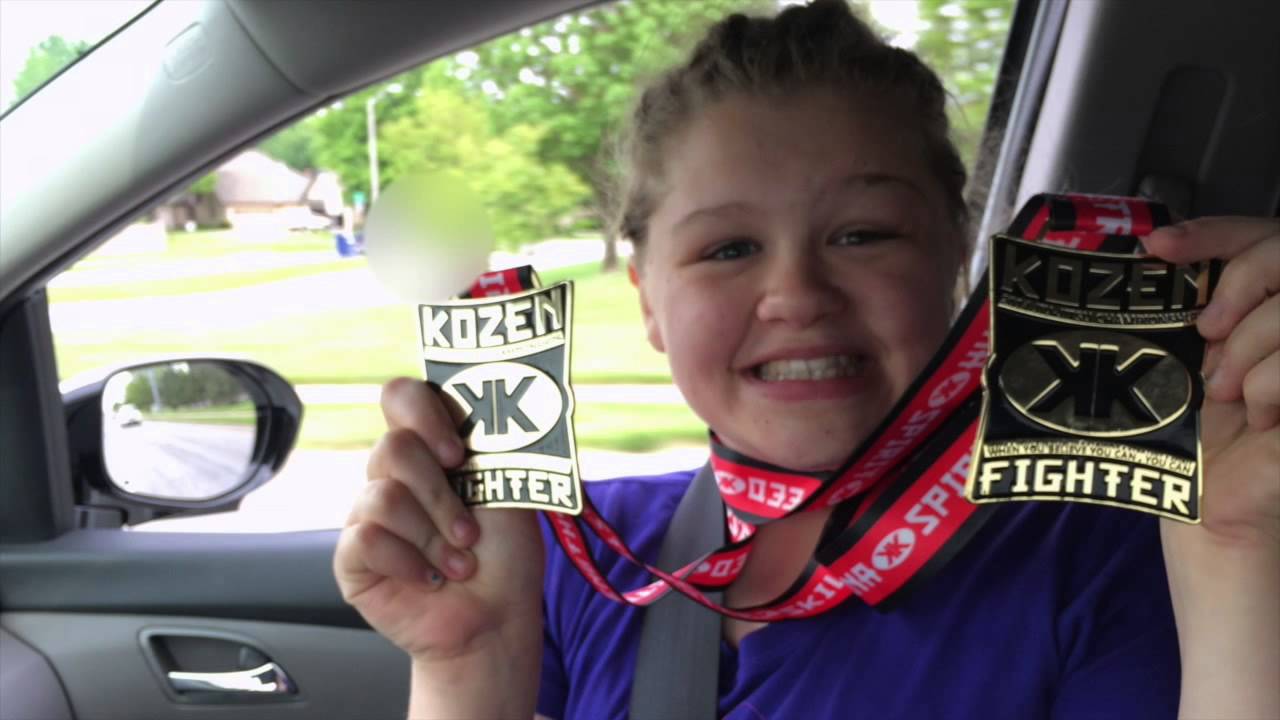 Each day millions of children face the torture of being bullied by other children. For some children the agony of being a victim becomes more than they can handle, such as when a Girl battles back from bullying through sports. Twelve year old Claire Teitgan, used to be bullied and felt down about herself, but not anymore. Today she is a gold medal winning hotshot on the mats.

A year ago Claire’s parents were cleaning her room when they found her diary that was filled with suicidal thoughts, and she had even written “I want to die” on her bedroom wall. Claire’s father became scared that he would lose his daughter without some sort of intervention. The intervention that worked for Claire involved mixed martial arts and a special trainer that treats Claire like his little sister.

Austen Ford, Claire’s trainer made a statement that when he first seen Claire her inner light was dim, a mere flicker. Now that Claire has gained self-esteem and martial arts skills, that flicker has become a full time glow. When interviewed, Claire admitted to having more self-esteem now than she has had in her previous 12 years of life.

Claire’s parents realized that grappling was a sport that could help her deal with the emotions she faced due to being bullied since the first grade. Through hard work and hours of training, Claire is now able to deal with those who are mean to her by having a nonchalant attitude about it. Claire now shrugs off those who mistreat by saying “Whatever, I don’t care” before walking off.

Claire has overcome her past and has now become a voice for other bullied children. Having won nine gold medals at tournaments, and beating several boys to win the gold, makes Claire an exceptional young lady. Claire has plans to start a charity that will help other bullied children find sports or other outlets to help them gain self-esteem.