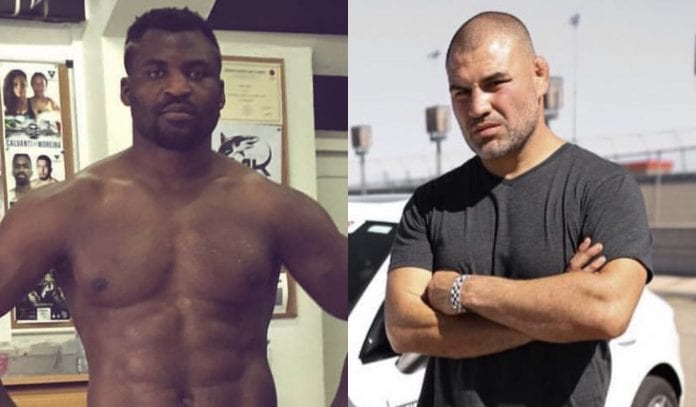 Heavyweight Cain Velasquez, the former champ who’s been out of the ring since UFC 200, is on his way back to the spotlight after roughly two years. ESPN reports the fighter is matched up against power striker Francis Ngannou, most recently of his TKO of Curtis Blaydes in November and previous loss to Derrick Lewis.

Velasquez last fought on July 9, 2016, winning his match over Travis Browne but continuing to struggle with injuries since.

While both Velasquez and Ngannou are known for striking victories, the disparity in grappling experience is obvious. Velasquez, who trains out of American Kickboxing Academy and was an NCAA Div. 1 wrestler, has a 43% grappling accuracy rating in the UFC with 34 takedowns landed. His fight record stands at 14-2.

Ngannou, by comparison, has been lauded for his striking power but has demonstrated serious holes in his grappling game, most notably against reigning champ Stipe Miocic. (He does have one submission victory over Anthony Hamilton.) The Frenchman trains out of Paris’ MMA factory and has a record of 12-3.