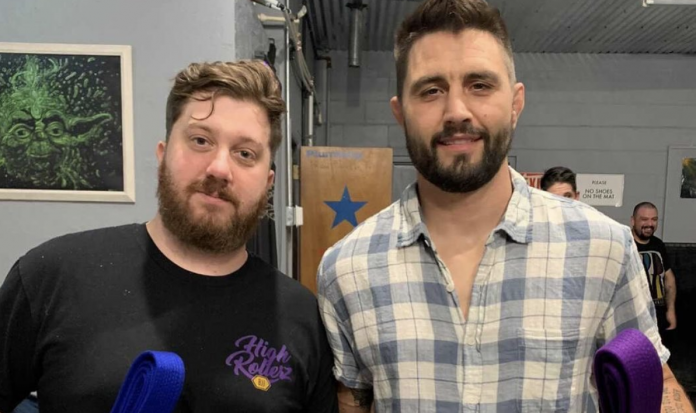 High Rollerz, a sub-only promotion that combines cannabis and jiu-jitsu, announced Condit’s promotion along with that of amateur MMA fighter Joseph Goodman, who was promoted to blue belt under Harris.

Harris told the Jiu-Jitsu Times of Condit’s promotion, “Carlos has been in MMA for 20 years, so he already had as high a level of MMA grappling as I’ve ever felt, but in the last few years he’s really been keen on working on just his jiu-jitsu. It’s amazing watching him be eager to soak everything up and see how that aspect of his game progresses.”

Condit has long been a grappling machine, having finished thirteen of his 31 professional MMA wins by submission. However, he was only properly belted last year (also by Harris), earning his blue belt in October 2019.