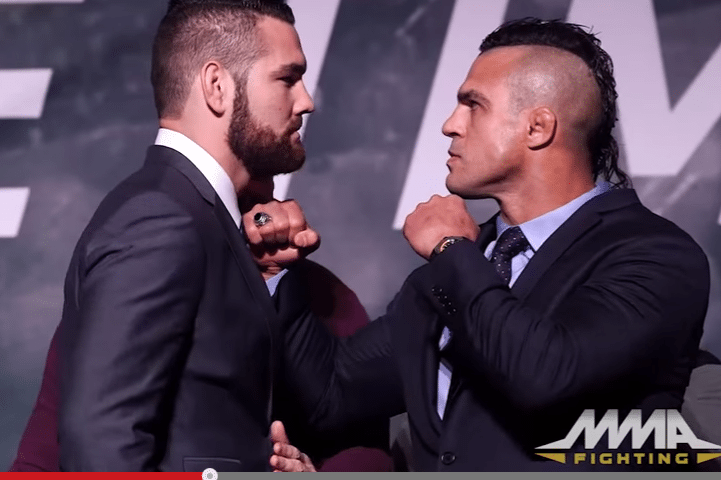 “First of all, Vitor, he failed a drug test. That’s his second drug test that he failed. Usually he’d be out for at least a year, but I think they tested him when there was no bout agreement, so they couldn’t really punish him the way they wanted to. He wasn’t licensed. So the guy’s lucky as anything that he’s not in trouble.”

“I mean, he’s a two-time convicted juicehead at this point, and he’s not realizing that,” Weidman said. “I understand that he hasn’t fought in a long time, but that’s his fault. I fought. I fought in July. That’s six months ago, against Machida.”