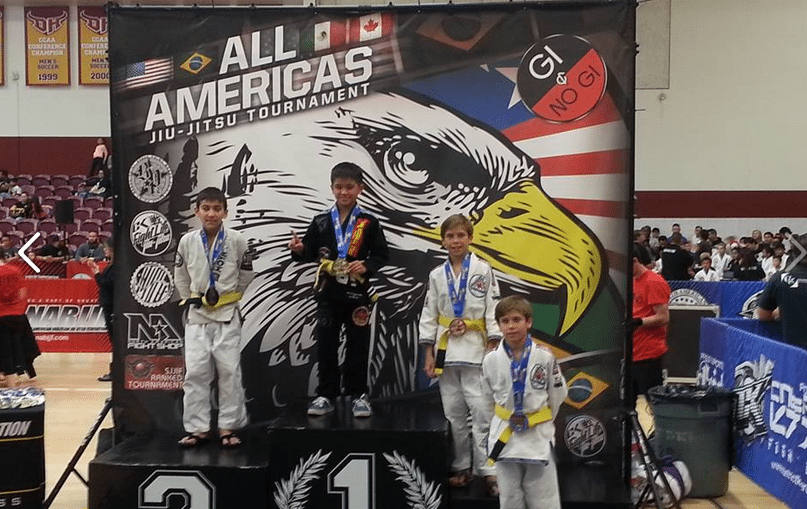 A few months ago, I posed this question on the reddit.com/r/bjj page

“Are parents at kids BJJ tournaments getting as bad as kids soccer games?”

Here are a few of the responses I received.

“Not just at tournaments, we see this happening during regular class, we have some rather intense parents who yell at their kids while I am trying to coach them, drives me nuts.”

“I was pretty disturbed by the amount of parents that were yelling to “break it” during the kids matches at the last tournament I competed in.”

“My friend was reffing and stopped a match because the arm was fully extended during an armbar and they were told to stop the kids division if that happens for safety. The coach freaked out yelling that they didn’t tap. Kid didn’t seem to care. The coaches and patent are more concerned with winning then the kids are.”

“I literally take notes at kids tournaments in southern California and some of the behavior is absolutely horrible out of kids, coaches and parents.”

“The worst are the parents yelling at their kids and they don’t even train themselves. They don’t know what it’s like to compete in Jiu Jitsu and they’re ripping into their kids.”

“I’ve worked in the largest tournaments in my country and I can see the beginnings of it. I had one parent chew me out for not disqualifying the only other kid in the bracket for being 0.2 kg over, even though her kid got disqualified for a uniform violation (which would occur first if both fighters were put in at the same time).”

“Anecdotally, I saw a kid being coached by his dad who obviously did not know what was going on. The kid was under 10 years old and his dad was yelling “that is not a submission, do not tap”… it was a d’arce choke, the kid didn’t tap and he was put to sleep.”

“Was coaching one of our kids and he got locked in a super tight arm bar, and wasn’t tapping. I ended up calling it before anything bad happened. The kid was upset, but I understood why I called it. His father, who is a known pain in my ******* *** did not. Got in my face, screaming about how his kid was fine and ****. I promptly told him that if he had an issue with me saving his kid from a broken arm, take it up with me at a later date.”

“I have heard parents yell to “break the arm.”

With the BJJ tournament season starting up again, thousands of children, parents and coaches will be participating at Jiu Jitsu tournaments all over the world each weekend. In a sport that markets itself as being without egos and having athletes who conduct themselves as true martial artists, there are times at tournaments where bad sportsmanship has been exhibited by parents. For BJJ coaches that are also gym owners, all you need is one belligerent parent that is wearing your school’s t-shirt at a tournament to tarnish your school’s reputation even though his behavior is a total 180 from your school’s actual culture.

So as tournament season starts, and children and their parents are signing up for tournaments and representing your school, it is your job to coach the parents in addition to coaching their children. Coaching the parents by having a mandatory meeting for parents with children intending on competing will help cultivate a positive experience for the children who are competing while also reducing the risks of embarrassing moments caused by wild card parents at tournaments.

Here are a few points to emphasize when coaching parents.

Discuss the Spirit of Competition: At the youth level, competition should be fun. There are also many life lessons that can be learned by competing in a BJJ tournament. What makes the sport so special and unique is that it is an individual sport that emphasizes standing on your own two feet, accountability, self-reliance, independence, an self-motivation.

Competition is a learning experience on how to deal with pressure, problem solving, and adversity. In the end, there will only be one gold medalist, but stepping out on to the mats takes a lot of courage for anybody at any age. Regardless of the outcome, children can learn a lot about what went right and what went wrong on the mats from a technical standpoint. Also, just as important is learning how to deal with both success and bouncing back from setbacks. Many BJJ coaches have said “there is no losing on the mats, just learning.”

In Kyle Maynard’s documentary, “A Fighting Chance,” it highlighted how Kyle lost his first 40 wrestling matches. After each match he and his father would watch the tape of the match and use it to improve his game. The moment when he won his first match highlights a powerful life lesson on perseverance and attitude that children can gain from competing with the right intentions.

Discuss the rules: Unlike soccer, football, and baseball, BJJ is still a relatively new sport that only became popular in the past decade. Most parents did not grow up participating in the sport and therefore aren’t familiar with the rules and the risks of not tapping to a submission hold. Coaches need to go over the basic rules of the sport with the parents so they understand the scoring system. By understanding the scoring system, the parents will be able to be better fans, support their children and avoid any potential scenes where they lash out at you or the referees.

I once stood next to an adult teammate’s opponent’s wife while watching his match. My teammate pulled guard and was stuck in closed guard for most of the match while attempting sweeps and submissions. With less than 30 seconds left in a scoreless match, my teammate swept his opponent to secure a 2-0 win. When the match ended, his opponent’s wife started celebrating and then was upset when my teammate’s hand was raised. She kept saying “What happened? My husband was on top the whole time.” I explained the rules, but she kept saying “But he was on top the whole time.” Her husband should of explained the rules to her before the tournament.: )

Good sportsmanship is expected from the children: In winning or losing, good sportsmanship is expected from the children before, during, and after the matches. It is important to emphasize a code of conduct for the children where they are expected to be respectful and bow and shake hands with the referees and opponents during and after the matches. Also, during the matches, there should be no trash talking or complaining to the referees. In many BJJ tournaments this type of behavior will result in an automatic disqualification. Win or lose, it is important for the children to congratulate their opponents and compete in a gracious manner.

Coaches and Referees might stop a match: Safety is a major concern at BJJ tournaments. In the children’s divisions, both referees and coaches might stop the match if a competitor is caught in a dangerous position or submission. Parents need to understand that their children don’t need to be bent like a pretzel to get injured. Many gi chokes and arm locks appear very tame to an untrained person, but can cause a major injury in a matter of seconds. When a referee or coach stops a match, parents need to be aware that they are doing it to ensure the safety of the participants and to trust their judgment rather than get upset. Sure, referees and coaches aren’t perfect and might make the wrong call, but it is better to be prudent than risk a serious injury to a child in a competition that is supposed to be fun.

Positive Cheering: In the responses to my question on reddit, several comments mentioned parents yelling “break the arm.” Comments like that are inappropriate and have no place in the sport. This isn’t a street fight. It is a sports competition where the coaches, parents, and competitors need to be conscious of the safety of all competitors. Additionally, comments like “break the arm” by a misguided parent can tarnish the reputation of your school and program in the minds of others in the BJJ community.

Parents need to be coached to only give positive support for both competitors, although the support will obviously lean towards their children and teammates. There is no room for negative comments, taunting, or inappropriate remarks. In youth sports such as baseball and football, I have heard parents yell comments such as “he’s scared” and “he doesn’t have anything. Go at him” which is very disrespectful to the other competitors and the sports. There is no place for this type of behavior from the parents or family members.

Encourage Parents and Children to Support Teammates: While BJJ is an individual sport, it takes a team effort to learn and prepare for a competition. In an individual sport like golf, it is just the coach and the athlete. In BJJ, children need their training partners to practice drilling and rolling in order to get better at the sport.  Parents should encourage their children to also cheer and support their teammates during their matches to teach the importance of friendship and team work among teammates.

Additionally, parents should also communicate with their children about the ups and downs of competition and what life lessons can be learned through competition. There will be some children that will be very discouraged after losing all of their matches in a competition in a very lopsided manner. It is important to support the children and use the experience as a teachable moment that will let them grow as people.

Parents enroll their children in martial arts classes like BJJ with the best of intentions. Usually it is to give their children the opportunity to learn self-defense, keep them physically active, build their confidence, and to teach discipline. In some cases, parents can get caught up in the moment, especially when their child is involved in a combat sport. Coaching the parents on how to behave at tournaments will help provide them with guidelines on good sportsmanship and improve both the parents’ and children’s experiences on competition day. Plus, it will also make the coach’s life much easier as well!