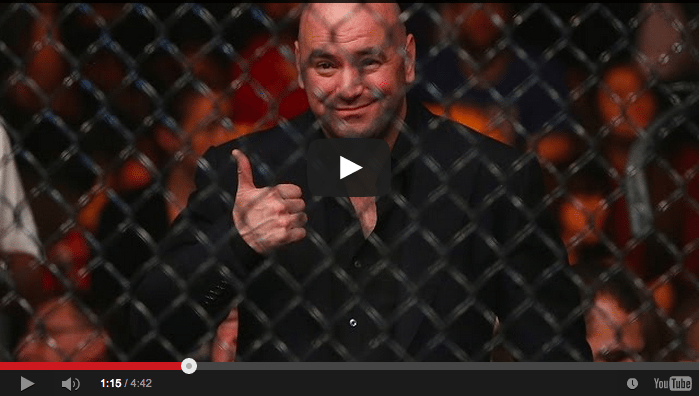 After the fight Dana white made a His post-fight comments about Rafael dos Anjos vs. Nate Diaz

There’s a laundry list of issues [with Diaz]. Like I’ve said, I’v always liked Nate, but he’s his own worst enemy. He says he wants to make more money, then he comes in four pounds over weight, which now you lose 20 percent of your purse. Did a ton of other stuff , got fined $10,000. But, I’ll give him this: He’s tough as hell. Those leg kicks he ate. Dos Anjos should have come back here and been arrested for attempted murder with that fight. He absolutely destroyed him. It was a one-sided beating. Diaz needs to either get serious about this sport, get his head together or retire. But, we’re in business with him right now. You accept a certain amount of “whatever” when you are in business with the Diaz brothers ,and we have other guys where lots of things happen behind the scenes and we try our best to be fair — but these guys are just over the top. He needs to get his head together, get back in the game or retire.