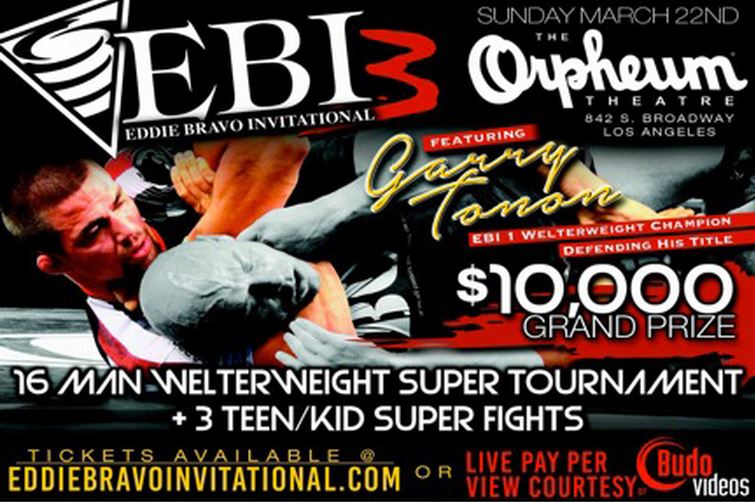 EBI 1 Champion and 2-time Metamoris winner Garry Tonon will appear on the Joe Rogan Experience podcast on Saturday, March 21st. Tonon will be competing on Sunday, March 22nd at the third edition of the Eddie Bravo Invitational in the sub only 16-man single elimination tournament.

Joe Rogan is a Black Belt under both Eddie Bravo and Jean Jacques Machado. He has used his podcast as a platform to promoted BJJ and his guests have included Eddie Bravo, Georges St. Pierre, Matt Serra, Rickson Gracie, Kron Gracie, and Steve Maxwell.

Rogan and Bravo have previously complimented Tonon’s skills in his match against Kron Gracie at the 2013 ADCC in Beijing, China.

The live stream of the podcast will be available on USTREAM on Saturday.