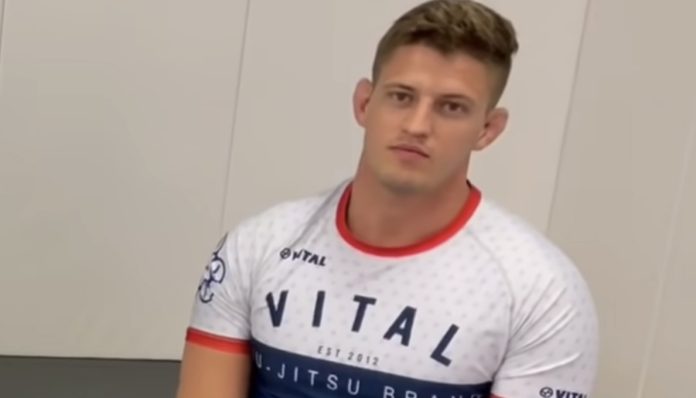 Nicholas Meregali, world champion in the gi, will be making his ADCC debut in the -99kg division this September.

The announcement comes as a surprise to many fans, as they wonder how a gi competitor has received an invite to the most distinguished no-gi tournament.

“I’m going to explain how invites work in ADCC and let’s look at 77 and 88. 77 we invited Lucas Lepri(multiple-time medalist and legend), Davi Ramos(ADCC champion), LachlanGiles (absolute medalist) Nicky Ryan(Wonprevious trials with all subs, medaled in 2 trials, and beat Dante on road to ADCC). I have one invite left in 77. 88 we invited Xande, Vagnermoving up, Tye Ruotolo, Mason Fowler moving down. No invites left in 88 and I still want Pedroin and hulk wants to go down. -99 I still have multiple invites left, which is why I’ll take a chance with Meregali.”

Jassim later followed up, “I don’t mind taking chances on certain athletes, depending on the room in a division. Meregali is someone I have no issue taking a chance on”

The news comes just a week after Meregali and Gordon Ryan engaged in some cross-training, with Ryan praising Meregali on his no gi work, “Nicholas took off his gi after doing a handful of no-gi rounds in his life and gave me the match of a lifetime.”

At this rate, ADCC 2022 is set to be one of the biggest ADCC events yet.