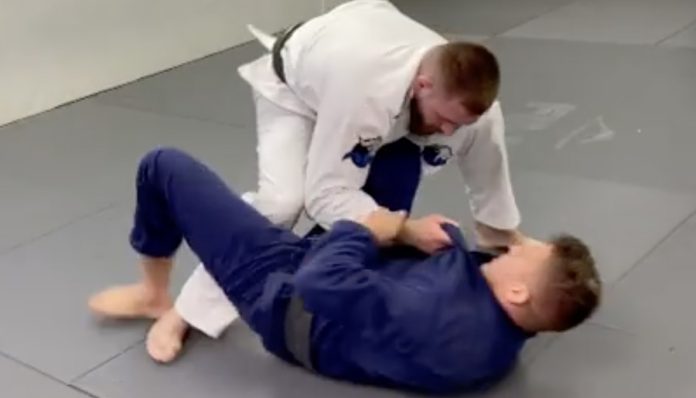 Gordon Ryan is extending his expertise by getting some work in the gi with some of gi jiu-jitsu’s top grapplers.

A photo posted onto Ryan’s instagram shows him in the gi with his black belt on. “Last night was a very special night. I had the chance to train for the 1st time with @marcostinocobjj in the gi and @nicholasmeregali gi and no gi.”

Ryan sang praise to Nicholas Meregali’s grappling, “First and foremost, Nicholas has some of the best jiu jitsu I’ve ever felt. When I say jiu jitsu I don’t mean opportunistic spazzing into good positions. When I say good jiu jitsu I mean Deliberate and precise movement which creates constant pressure and dilemmas that work towards submissions.”

They also trained in nogi, with Ryan impressed by Meregali’s work, “Most people probably watched the clips and automatically assumed he crushed me in the gi and I crushed him no gi, but this wasn’t the case at all. We were both able to change clothes and give the other a very tough roll within the other area of expertise.”

Ryan’s post made a point about grapplers who train strictly in gi or strictly nogi, stating that in order to be the best at either, you must be highly competitive at both, “If you train consistently in the gi I don’t expect you to beat all the best guys no gi, but I do expect you to be extremely competitive, and vice versa.”

Marcos Tinoco, a black belt under Marcelo Garcia, posted a photo of the session to his instagram story with the caption, “you would be surprised with @gordonlovesjiujitsu in the gi”.