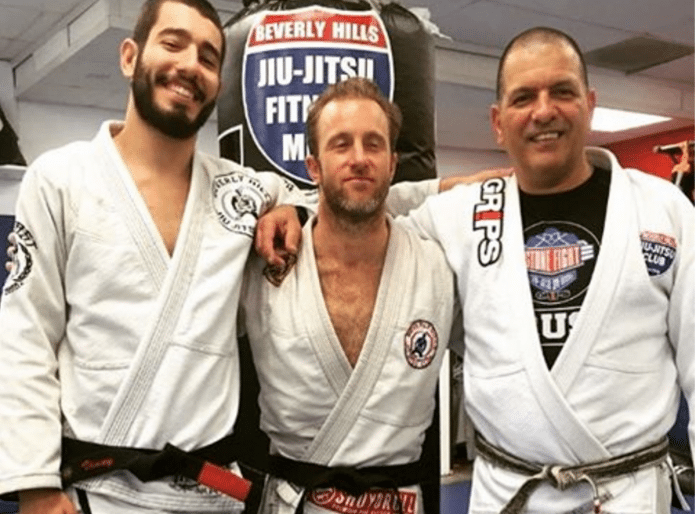 Actor Scott Caan has been a Hollywood mainstay for years now, starring in such films as Gone In Sixty Seconds and the Oceans Trilogy, but he recently achieved a huge goal in the world of Brazilian Jiu-Jitsu as Actor Scott Caan earned his BJJ Black Belt After 15 Yrs Of Training. Not only the fact that the son of the legendary James Caan was able to achieve the status of black belt amazing, but he has been training for well over a decade to achieve that goal is stunning as well. Caan has been training at the Egon Inoue Grappling Unlimited Academy with fellow actor Alex O’Loughlin in Hawaii.

Caan was awarded his black belt on February 1st of this year and he even posted a picture of his achievement to his Instagram account. TV show co-star Alex O’Loughlin has had his Brazilian Jiu-Jitsu Purple Belt for two years now, so his is slightly below of Caan when it comes to belt level, but embracing the jiu-jitsu lifestyle has been a huge part of their lives, which you can obviously tell by both their love of the art form and how far they have come in their training thus far.