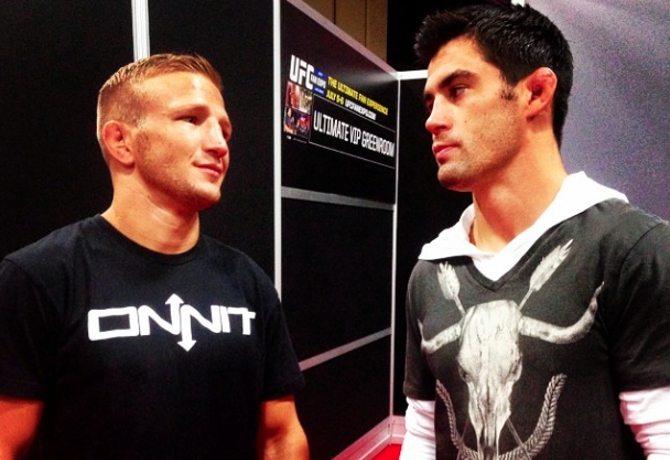 Dominick Cruz recently took the time to talk about TJ Dillashaw and other topics. He mentions that he’s always the better fighter because he prepares more than his opponents. Of course, Cruz is one of the most dedicated fighters on the planet. He’s facing Dillashaw in January 2016, and it’s a highly anticipated bout.

Cruz spoke about what it means to be a champion in the interview, too. For him, it’s all about carrying oneself like a champion. Owning the belt isn’t nearly as important as acting like a champion. The belt means little to nothing to Cruz, but he puts that in quite the articulate way.

Listen to D ominick Cruz on TJ Dillashaw and Being a Champion below!