Jiu Jitsu is known for having profound effects on the lives of its practitioners.  Normally, people get in much better shape, have an awesome hobby and make new friends.  Sometimes it has a far deeper and far reaching effect on the psyches of those who really embrace it. 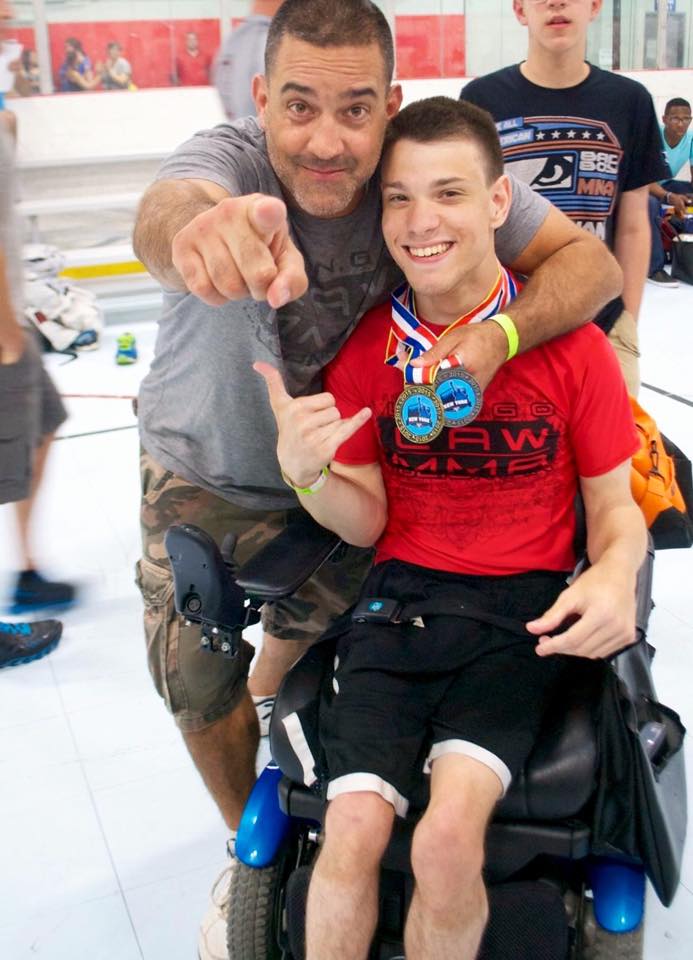 Ian Matuszak has cerebral palsy, a neurological disorder that impairs bodily functions.  He was diagnosed shortly after birth and in his specific case of CP his legs don’t work well and he has to use a walker and a wheelchair.  He also has a stutter.  Cerebral palsy can have a wide spectrum of effects, ranging from severe developmental delay coupled with very poor motor skills, to relatively mild effects.  Basically, Ian’s brain is not receiving orders for him to walk properly.  I had an opportunity to talk to Ian about his experience using BJJ to cope with his condition and the tremendous benefits it has had on him. 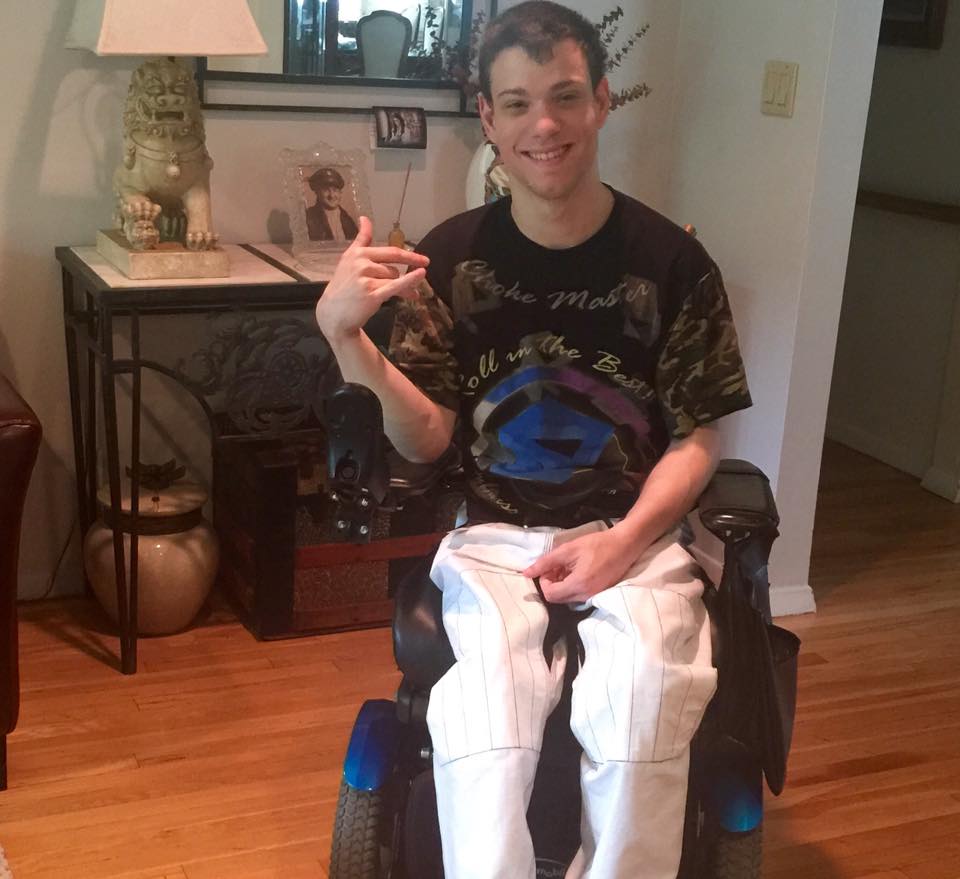 Ian is an MMA fan, living in Westbury New York he’s a Chris Weidman fan, and he first discovered Jiu Jitsu in November of 2014 at one of Weidman’s open workouts leading up to his rematch with Anderson Silva “I found Jiu Jitsu after going to one of Chris Weidman’s open workouts. I am a big fan of his so I went back a few times, and one of the guys asked if I wanted to give it a try.  Never did I think I was going to do it. 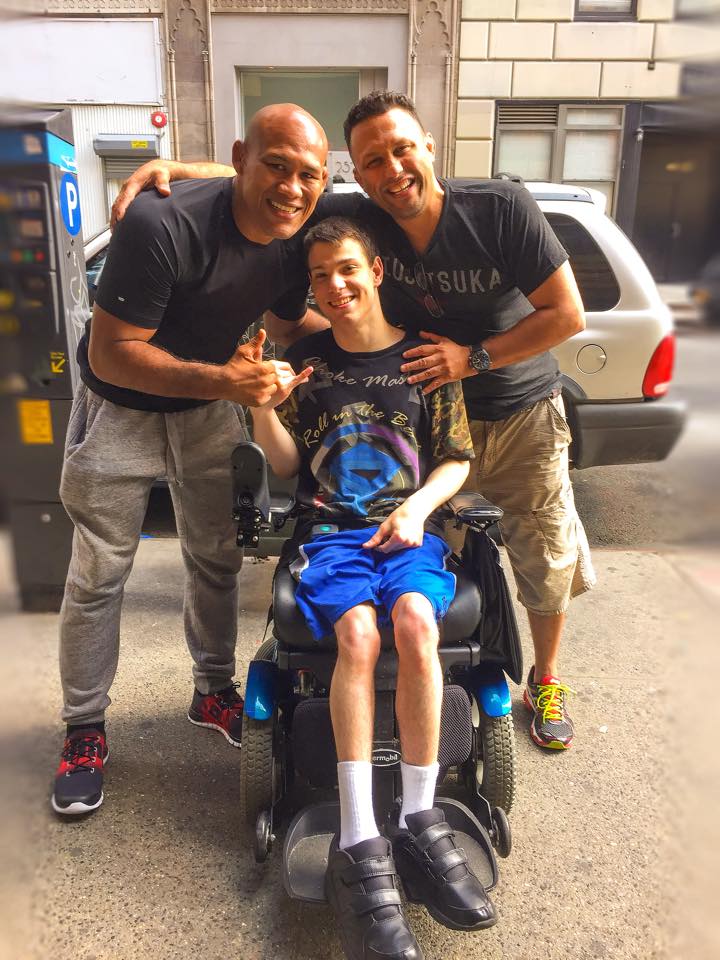 Very often kids with conditions like Ian experience bullying, but fortunately in Ian’s case bullying was never a problem “There has been very little bullying, but as a result of my stutter I was very shy in high school.”  Jiu Jitsu has had a profound affect on that shyness “I find that I am talking more as a result, and have a thicker skin by not getting down on myself so easily.  I had depression in high school probably because I didn’t feel like I had anything to offer, like who would want to talk to me?  Other people automatically saw the wheelchair… I think they didn’t know how to approach me.” 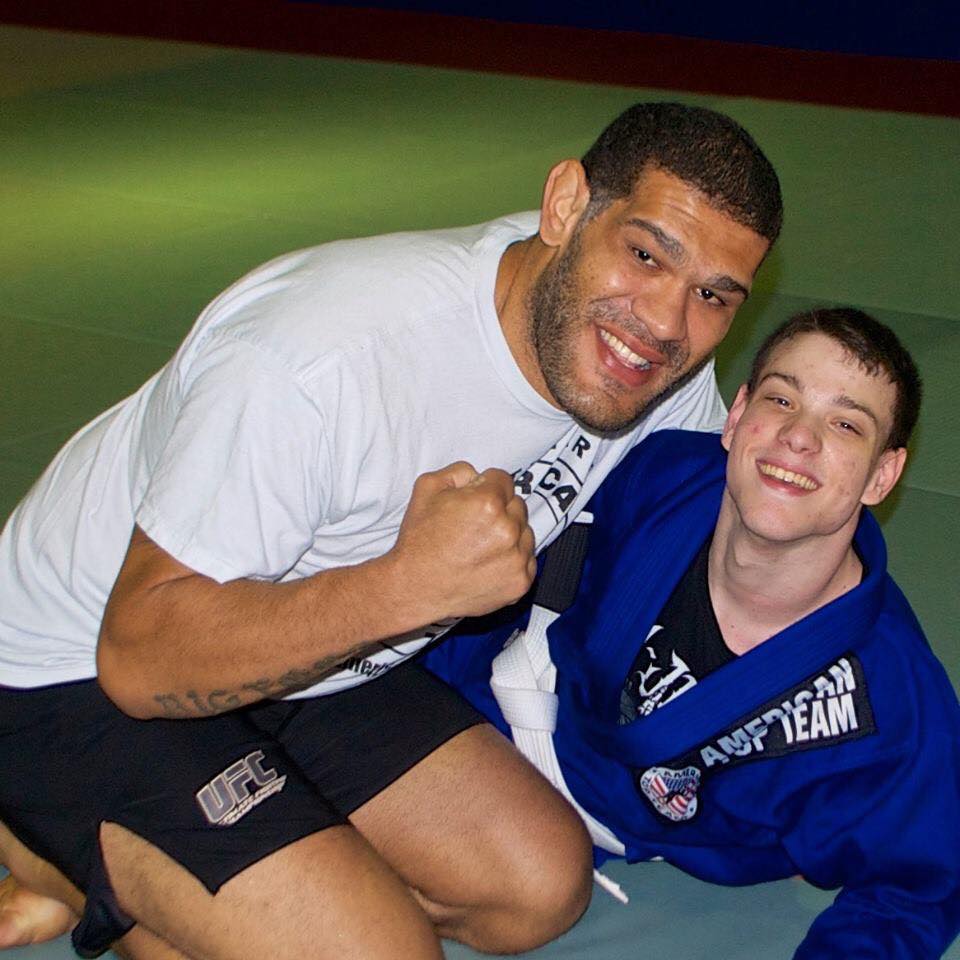 Ian didn’t do sports prior to BJJ “I was more of a computer guy.”  For Ian the prospect of being treated differently in a sport ruined the prospect of doing it “I didn’t really see how I could do sports to be honest.  I didn’t want to be treated any differently.”  One of the issues with a condition like CP is that many sports require types of movement that are difficult if not impossible for someone like Ian to do, but not BJJ!  “There is something about the endorphin high you get from Jiu Jitsu, after sweating my *** off at the end of a good roll. It is a release like no other.  Every roll, every person’s game is different.  It never gets repetitive as you always learn new things.  Even black belts still learn new things, level doesn’t matter, and the learning is constant.  Variety and possibility are the most interesting aspects for me!” 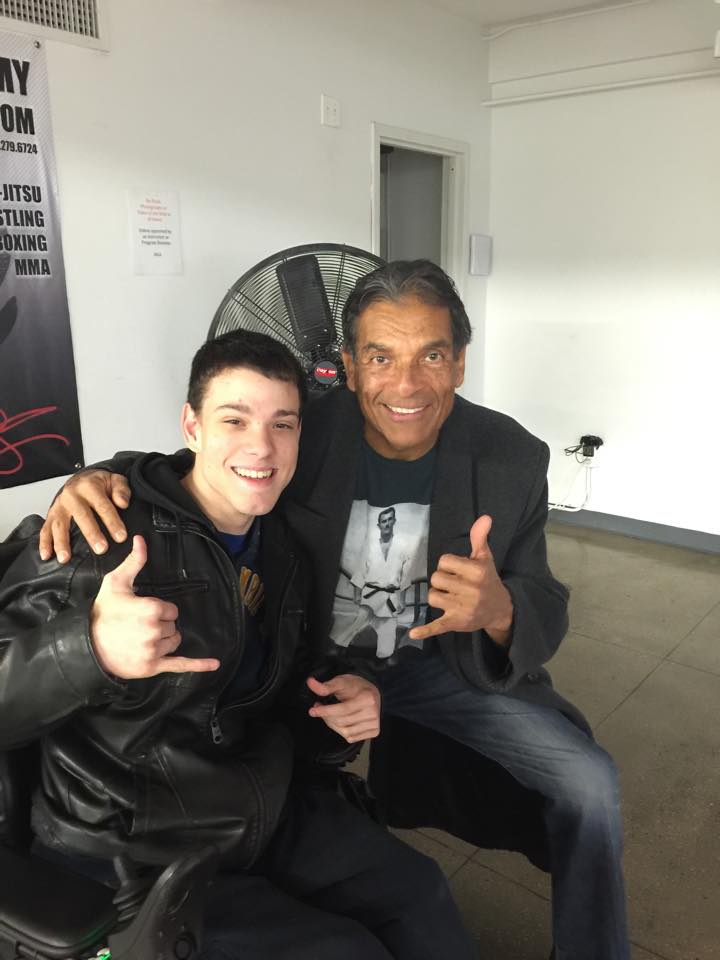 Ian has earned 4 stripes on his white belt and has already competed twice.  “I competed twice thus far; one of them is called Grappler’s Heart, and is only for people who have some sort of disability. I lost all my matches in that competition.  The second one I competed in was The Good Fight NY against regular competitors.  I won my 1st and 2nd in that and got choked out in my no gi match.”  Ian’s attitude about training and competition are inspirational “My goal is always to inspire others, as corny as that sounds.  I am getting better everyday so I don’t see getting better as a goal since I am already achieving that. I would like to teach one day, but I think that’s a long way off but who knows!  Jiu Jitsu has opened so many doors for me. I have trained with the best guys in the world.  I recently met and attended a Roger Gracie seminar, a couple weeks before that I trained with Renzo Gracie himself.  Last year I went to American Top Team and I was so humbled by their reception.  Jiu Jitsu has changed my life.”

Ian had a few shout outs “My coaches Dave Patton and Pete Sell who are under Matt Serra always support me.”  His closing message to our readers “I just want to convey that disability isn’t everything. It doesn’t define who you are.”

If you want to keep track of Ian on social media he can be found on Facebook, Twitter  and IG @IanMatuszak.