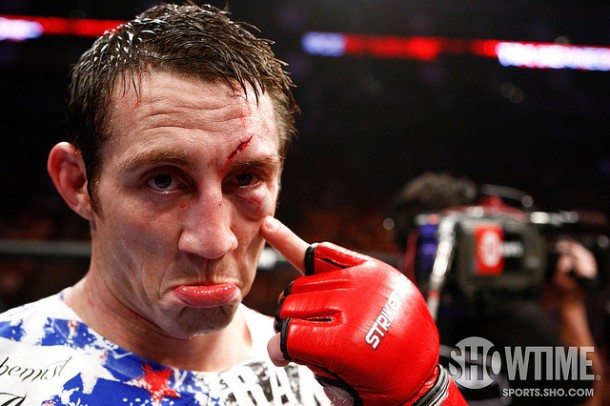 Is Tim Kennedy vs Chael Sonnen possible for Metamoris?

Can someone give me the bullet points to that novel? Stopped caring at “Tim Kennedy said.” Call Ralek, he’ll send you my open contract.

Michael Bisping was recently a guest on Chael Sonnen’s podcast “You’re Welcome”. Sonnen and Bisping had a few choice words for the way Tim Kennedy reacted to his loss via TKO at the hands of Yoel Romero, after Romero stayed on his stool for an extended period of time in between rounds, at UFC 178. Kennedy’s complaining about the outcome of the fight did not sit well with Sonnen and Bisping. Bisping said “He should take it like a man and say congratulations.” He followed up by saying “You got knocked out, you got finished. It’s not like he went to a decision and maybe Yoel should have had a point removed, he got finished decisively.”Chael agreed with Bisping and stated “When the fights done, when the pay per views are sold, when the cage is being torn down, shut up.”

Kennedy has since fired back at Sonnen in a recent statement to MMAjunkie.com. He said he isn’t worried about Chael’s opinions and called Sonnen a “retired, PED using felon.” However, he did leave the door open for a match at Metamoris “Maybe he’s trying to promote a fight in Metamoris, and if that is the case, ill happily choke him out.” Yesterday Chael sent out a tweet welcoming a match at Metamoris with Kennedy.

Now THAT sounds like a call out to me! Sonnen last competed at Metamoris 4 against Andre Galvao. He would go on to lose that match via Rear-Naked Choke. This match would no doubt bring Metamoris more publicity which would lead to more buys. What do you think of this match up? Would you tune in to see a grudge match between Kennedy and Sonnen?

Kennedy wrote in a text message to MMAjunkie

Chael is being an ignorant idiot that evidently doesn’t have any idea what he’s talking about,”