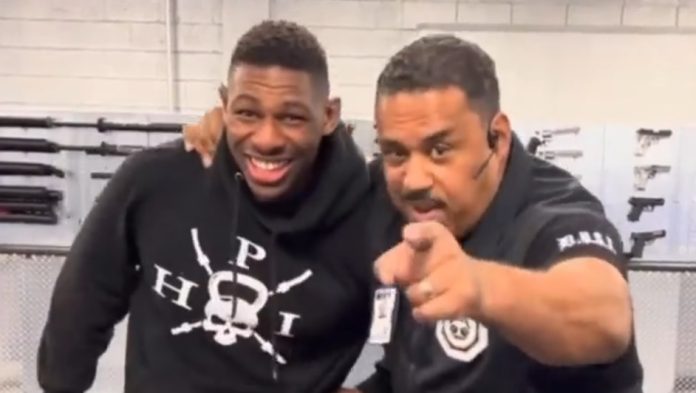 Jaoquin Buckley has already been viral for his crazy knockout, but tonight he will walk to the octagon with Detroit Urban Survival Training(D.U.S.T.)’s Commander Dale Brown as one of his cornermen.

Buckley recently visited D.U.S.T. in January of this year. The pair makes sense as they’ve both gone viral on social media, but for obviously different reasons. Dale Brown has become infamous in the martial arts community with absurd survival defense videos, leading to tons of call outs, including from Gordon Ryan. Brown never accepted the call outs and has since used the fame to partner up with comedians and other celebrities. Now, he’s partnered up with a UFC fighter and will make his appearance in the octagon.

If Buckley’s match tonight against Abdul Razak Alhassan goes past the 1st round, it will be interesting to see what kind of advice Brown gives to Buckley, as I’m sure they’re not going to pass on the opportunity for another round of internet fame.

The two will square off tonight on ESPN+.