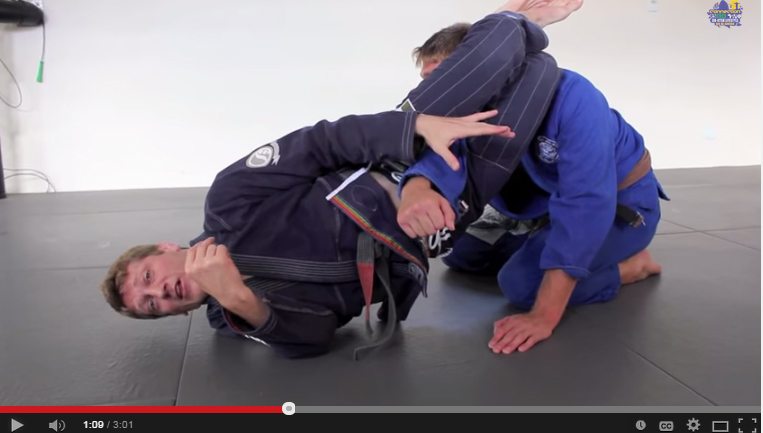 We all have one technique, one position, and one specific go to move that becomes our favorite. It may be something general like “stand up” or “guard” or it may be something more specific like a specific arm bar from a specific position on a specific arm. Having a go to move is inevitable, and it can lead to some of the best Jiu Jitsu we are capable of, on the other hand if we become too reliant upon it, it can become a huge disadvantage when we come across an opponent who is prepared with a solid defense against it.

I have a teammate, Mike, who is a white belt and discovered a knack for a specific choke. I won’t say what that choke is so as to not ruin the surprise for his next opponent, but suffice it to say Mike is very fond of this choke. He tries to go for this choke from everywhere. EVERY WHERE. When you mount Mike, he’s fishing for this choke. He gets in your guard, he’s looking for it. He has put opponents to sleep from bottom mount with this very choke.

On the one hand, it is foolish and myopic to go for a move that will probably not work instead of addressing a bad situation. Doing this is ultimately going to lead to more loss than victory. On the other hand, Mike has something special that can be put to good use in the long run: a certain disregard for his current situation coupled with a level of malice towards his opponent, the “I’m gonna get you no matter what” attitude. Maintaining this attitude coupled with better discretion of what moves to use at what time and in which situations can serve as a major advantage.

It is best to find creative paths from your go to move to other moves or situations; paths that your opponents will not be expecting. For examples if you find ways to go from chokes to leg locks, chances are people will not be able to stop you. Once you find one move that you really love, work on two specific things: making that move so tight and technical that once you get started no one can stop you, and start finding other go to moves that feed off of that first one. Find ways to cycle through these moves in random order so that people never really know what to expect.

Another idea that I’ve found to work wonders is teaching my teammates my go to move. This benefits me in several ways. First it gives me new perspectives on a move I think I already know. I’ve learned so much about moves that I do by teaching them to my teammates. Secondly, my teammates begin trying to do these moves to me and I get to see them from the other side of the move, which ultimately improves my understanding of its dynamics. And lastly when someone learns a move, they often also learn the defense to it, and when my teammates know my moves well, I need to execute the moves that much better.