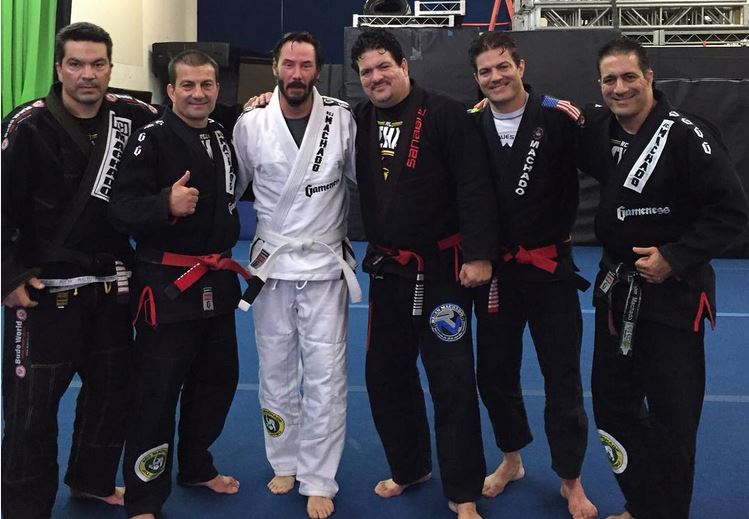 Keanu Reeves has starred in many action and adventures through the course of his four-decade (yes, he has been around that long) career in Hollywood. Several of his iconic action roles including Johnny Utah in Point Break, Neo in The Matrix Trilogy, and most recently John Wick have required Keanu to show off his physical side in choreographed fights and stunt scenes. Many martial arts fans raved about the intense fight scenes in John Wick due to its incorporation of Brazilian Jiu Jitsu and Judo. 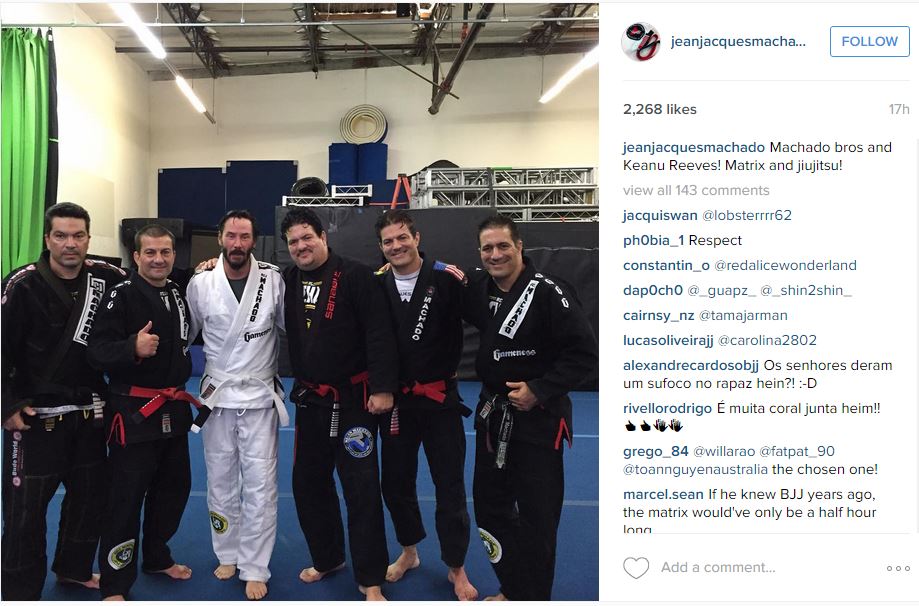 Like his Hollywood peers, Ashton Kutcher, Paul Walker, and Ed O’Neill, Keanu Reeves has taken up Brazilian Jiu Jitsu with the famed Machado Brothers. The Machado Brothers are no strangers to training celebrities as Rigan Machado promoted Ashton Kutcher to purple belt earlier this year and the brothers have trained film legend and BJJ Black Belt Chuck Norris for over 20 years. The Machados are also no strangers to the big screen as they have choreographed numerous movie fight scenes, appeared on Walker: Texas Ranger, and the martial arts movie Red Belt.

Kimuras and chokes from John Wick