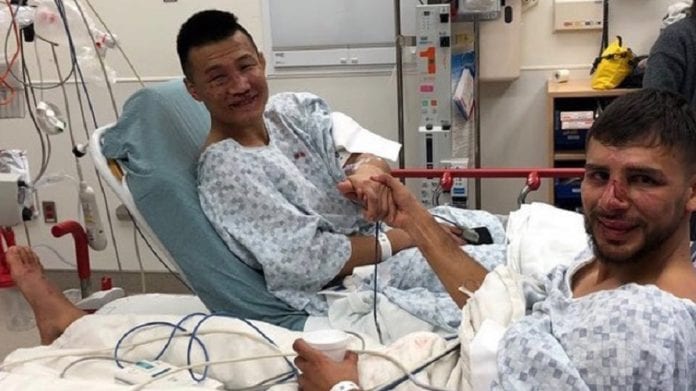 Chan Sung Jung (a.k.a. “The Korean Zombie”) and Yair Rodriguez had a brutal fight on Saturday that ended in what may be one of the most memorable KO’s in UFC history. At the literal last second, a surprise elbow from Rodriguez hit the Korean Zombie just right, sending him to the floor like a ragdoll.

1 second left… No better way to go out on the 25th Anniversary! pic.twitter.com/aGg1Z0bAeO

The 25-minute fight left both fighters bloodied and battered, but the Zombie shared a photo of him and Rodriguez not only alive and conscious, but in good spirits and perfectly friendly with each other.

In his caption, the Korean Zombie expressed his congratulations to “his young friend, who is always polite” and said that “It’s really ok now.”

These two prove that while the fight in the octagon may be brutal, two opponents can still be buddies outside of it.