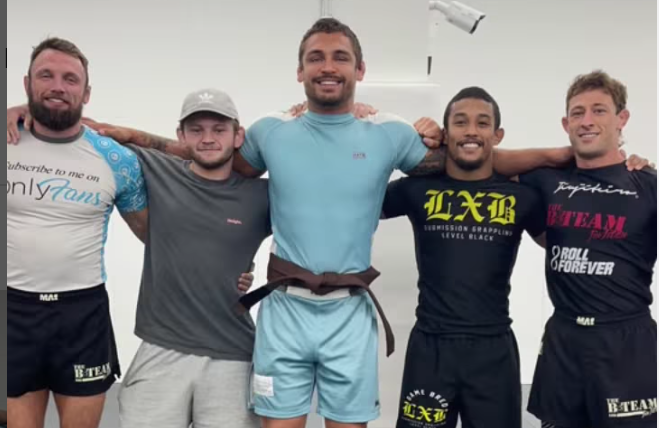 Nick Rodriguez — or, as he’s colloquially known in the jiu-jitsu world, “Nicky Rod” — has earned his brown belt in Brazilian jiu-jitsu.

The B-Team athlete and co-founder shared the news on social media:

This promotion is Rodriguez’s first under the B-Team, which he co-founded alongside Craig Jones following the July 2021 split from the “Danaher Death Squad.” He was promoted to purple belt by Jay Regalbuto in 2019, when he earned silver at ADCC.

Rodriguez has been a standout grappler since he burst onto the jiu-jitsu scene in 2018, when he placed third at the ADCC East Coast Trials as a white belt with just six months of formal jiu-jitsu training. He earned his blue belt on the podium there and later went on to qualify for ADCC at the West Coast Trials. Since then, Rodriguez has had a dominant grappling career, defeating some of the most prominent jiu-jitsu black belts in tournaments and superfights alike.

Though it will still likely be a few years yet before Rodriguez gets his black belt, it’s safe to say that none of his opponents will pay much mind to his rank when they prepare to face him on the mats.