Submission Series Pro has done 3 amazing event thus far, giving jiu jitsu fans the opportunity to watch amazingly well orchestrated submission only mismatches which ultimately encourage both competitors to push the pace. On September 12th, they will be gracing the BJJ community with yet another event, Submission Series Pro: The Trump, held in Truro Nova Scotia at the Marigold Theater, and I think that we as a community have a lot to look forward to on this event. 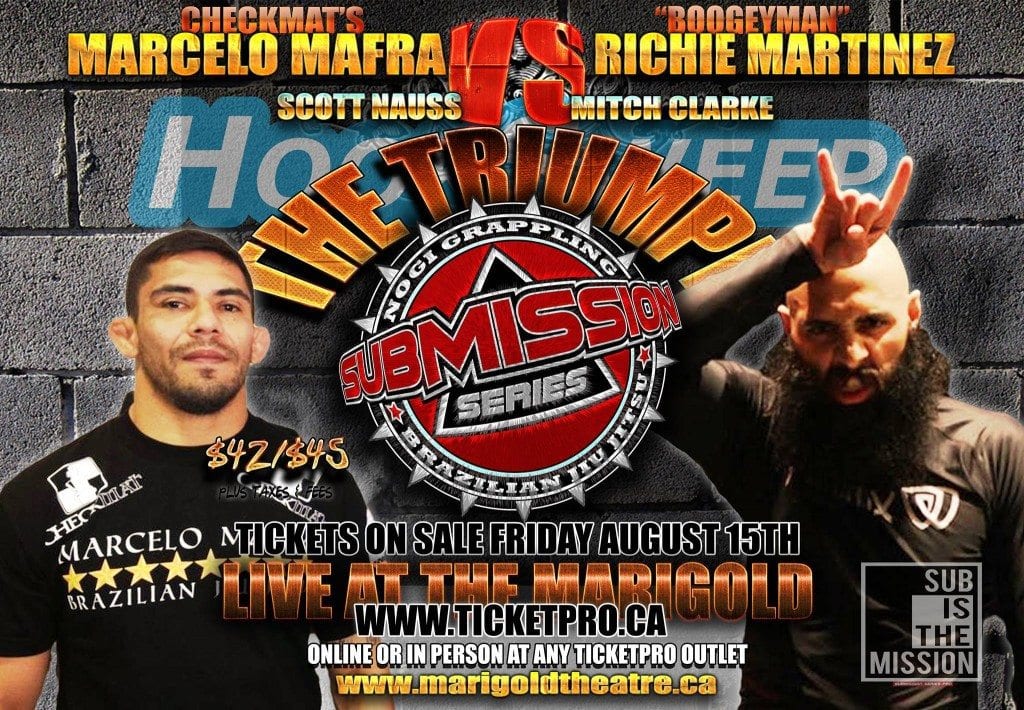 For the first time since its inception, Submission Series Pro has changed the format of its prelims to what they’re calling “Rock Rounds.” There will be five seven minutes matches. If any of the matches end in a draw the audience will decide the “winner” and that winner will take the opponents back for one overtime minute…trying to finish the fight, if nothing, then the match will formally be declared a draw. Again Sub Series Pro is pushing the envelope of the submission only format.

The Rocket Rounds will consist of

Expect the action to be different from what you’re used to given the short round and the advantage given to a more aggressive competitor in the event of an initial draw.

An interesting phenomenon in the Jiu Jitsu community is that because of their mental and physical dexterity, children and teenagers who compete at a high level tend to be VERY entertaining to watch. Their technical prowess combined with their unusual athleticism sets them on a completely different plane than adults. For the first time on Submission Series Pro there will be kids and teens matches featured. The kids match has already been determined to be 9 year old brother and sister: Josh and Jocelyn Little. The teen’s matches are still TBD but it has been decided that that match will be comprised of females.

The best is yet to come though. The main card is one of the best that Submission Series Pro has put together:

Submission Series Pro has a card featuring some of the top competitors, including some very high level MMA fighters. What many people don’t realize is that having big names on a card going head to head means that there will very likely be a draw, when you put lesser known competitors they are out there trying to make a statement which inherently makes for a more entertaining match.

For the first time since its inception, Submission Series Pro is charging a pay per view fee, but they’re keeping it very cheap at $6.99 (US). Their past 3 events were free and were a huge success. Matches like these are good for the Jiu Jitsu community as they provide a showcase of what Jiu Jitsu should look like on a competitive scale. Tune in on September 12th and watch these amazing matches.  As a community we should support this event.