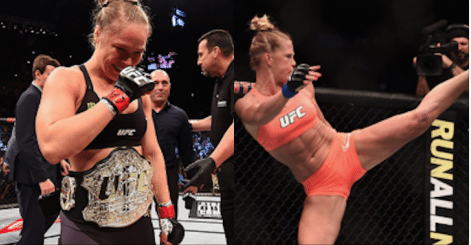 Rousey, a UFC bantamweight Champion—and guest on Friday morning’s “Good Morning America–” announced the upcoming fight during her appearance on the broadcast.

Most UFC fans were surprised, as they has expected that Rousey would duke it out with Miesha Tate for the third time—a potential fight that had already been highly publicized.

Jan 2nd @RondaRousey vs @_HOLLYHOLM for the women’s bantamweight title at the @MGMGrand in Las Vegas. #UFC195 @UFC pic.twitter.com/4GC0kQjtEy