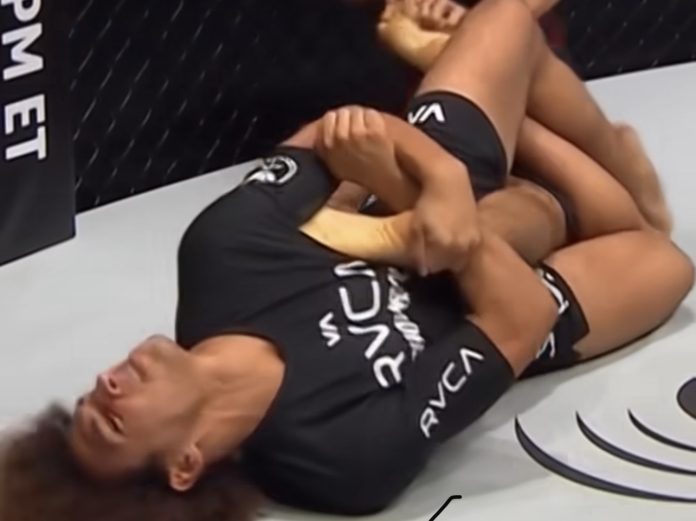 The legendary Ruotolo twins continued to ride their dual ONE Championship win streaks against formidable opponents in their respective submission grappling matches at ONE on Prime Video 5 this past Friday night.

Tye Ruotolo came out ready to scrap against Dagestan’s Marat Gafurov in ONE on Prime Video 5’s penultimate matchup for the lead card. Tye opened the action with a takedown attempt, but ran into Gafurov’s well-honed wrestling defenses. Unfazed, Tye forced a dogfight position, before attempting a buggy choke. Gafurov responded with heavy top pressure to negate the submission attack, before Tye reclaimed full guard.

After the referee reset both men on the feet, Tye rolled through for a leg entanglement. Upon running into the Dagestani’s defenses, Tye quickly transitioned into an armbar attempt, before throwing up a triangle armbar and finishing the Dagestani with a wrist lock that won Tye the second $50,000 bonus of his ONE career.

“I really just wanted to do something exciting for you guys,” Tye said in a post-fight interview on the canvas. He expressed mild disappointment that he finished Gafurov from the triangle armbar position, rather than his signature D’Arce or buggy choke – an encyclopedia of submissions options which, as ONE commentators pointed out, simply goes to show Tye Ruotolo’s sheer grappling prowess.

Tye called out MMA sensation Reinier de Ridder for a submission grappling match next, despite De Ridder’s major size advantage. Overcoming strength and weight differences, according to Tye, is the “true essence of jiu-jitsu” – which he hopes to prove against De Ridder during his next tango in the Circle.

In a post-fight press conference, Tye explained that he’s developed a real passion for giant slaying, and loves taking on bigger opponents. “The bigger the better,” said Tye, who believes he’s begun cracking the code for how to handle larger grapplers, thanks to a highly successful ADCC run in the absolute division.

Tye also teased a potential match against his twin Kade at the press conference. Kade, for his own part, sported a wide grin, and was quick to grab the mic from his brother, pointing out that he’s technically lost to Tye three times in competition. Kade joked that the losses have left him the hungrier of the two for the possibility of Ruotolo versus Ruotolo.

“Kade is the number one grappler in the world,” ONE Championship CEO Chatri Sityodtong pointed out prior to the title bout. “But in the jiu-jitsu community, Matheus Gabriel is one of the most dangerous world champions.” Sityodtong noted that styles make fights, observing that this title bout would match an aggressive top player in Kade, the defending champion, against a dangerous finisher from the bottom in guard wizard Matheus Gabriel – who’s also notoriously difficult to submit in competition.

Kade opened his inaugural ONE title defense with an aggressive bodylock takedown on Gabriel, who immediately locked up closed guard, and transitioned seamlessly to his famously tricky open guard. It was a choice that put both men in position to play their respective A-games, with Gabriel attacking from the bottom while Kade employed his devastating passing game.

Kade briefly threatened a straight ankle lock, but after Gabriel refused to take the bait, the referee reset both athletes on the feet. A hand-fighting battle ensued that returned Gabriel to his guard game, with Kade once again attempting to pass. An acrobatic dive over Gabriel’s guard earned Kade a powerful heel hook attempt – which the referee counted as a catch – though Gabriel successfully escaped.

A third reset from the ref returned Kade and Gabriel to the feet yet again. Kade once again hunted for a takedown – but without traditional points on the board, Gabriel was content once more to put the defending champion in his guard. In the final seconds of the match, a leg entanglement reversed their positions, which temporarily forced Kade into the uncharacteristic position of playing guard before scrambling out.

Though Kade was ultimately unable to submit Gabriel, he won a unanimous decision victory due to a near-submission catch mid-match, and greater overall forward pressure imposed on his opponent.

Kade Ruotolo, though happy to retain his belt, apologized to the ONE audience for not delivering a submission finish. He also gave credit to Gabriel for a tremendously limber guard game that kept the defending champ’s attacks at bay.

Is there anything he’d do differently in a rematch? “I’d attack the heel hooks a bit more,” said Kade at the post-fight press conference. He noted that he felt Matheus Gabriel’s knee pop a few times during one of Kade’s leg lock attempts – which clued the champ into the realization that even a guard player of Gabriel’s caliber is vulnerable to a powerful leg attack game.

Chatri Sityodtong, for his part, observed, “Kade took a lot of risks […] How many people can do a front forward flip and end up in a kneebar? That was pretty crazy.” Sityodtong believes that the lightweight champ’s acrobatic performance against such a formidable guard specialist simply goes to show the depth of talent on the ONE grappling roster.

Both brothers have expressed a desire to represent jiu-jitsu on the ONE stage to the best of their ability – and have high hopes for an exciting future.