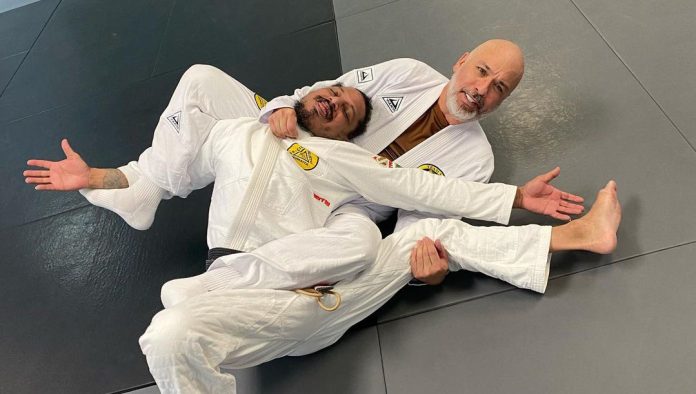 The past weekend saw Gracie Humaitá black belt Ivan “Highlander” Jennings capturing some Friday morning mat time memories with teammate and training partner Jo Koy – who also happens to be one of today’s most popular stars of the standup comedy scene. In addition to his time on the mat, Jo Koy has starred in comedy specials on Netflix, Comedy Central, and more.

In an Instagram post by Jennings, the comedian can be seen locking in a playful bow-and-arrow choke on Jennings. In the caption, Jennings has written, “he can make you laugh and choke you out all at the same time. thank you for that awesome [picture].”

In response to questions from fans in Instagram comments, Jennings confirmed that Jo Koy trains at their gym regularly, making the comedian yet another member of the jiu-jitsu celebrity set.