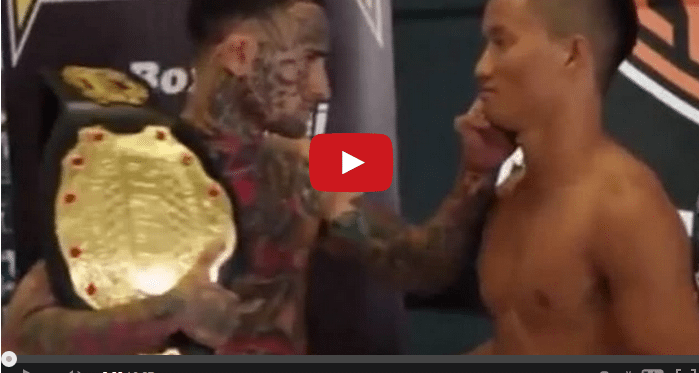 Yesterday a video of a tatted guy tried to bully his opponent on the weigh ins but got beat up on the actual fight.
Here is Ben Nguyen on reddit and on twitter:

It’s official, I made it to the front page of the Internet! Going to sleep now… #reddit #bucketlistcheck pic.twitter.com/BoJkOUUZq5

Here is the actual video: