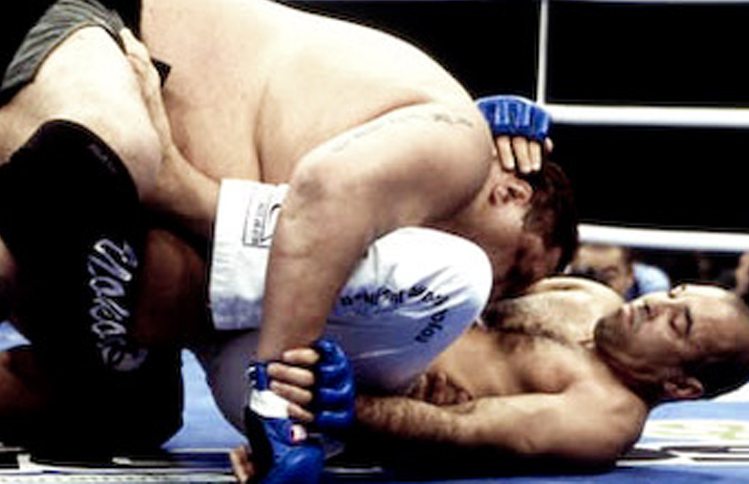 It’s almost time for the work day to be done, finally!  You cannot wait to zip out that door, hop in your car, and get to jiu-jitsu!  All you have to do is squeeze past that talkative Tara, nosey Nancy, and “wanna-get-a-brew-bro?” Brett; grab your jacket, boots and what-not and/or punch that dreaded clock.  That’s not so tough, right?!  Avoid all eye contact, keep speedy feet and just whizz your little ole self… oh, wait, that’s just it!  There’s the elephant in the room and I’ve just thrown it out there for everyone to see.  Your little ole self isn’t so little…

HELLLLLLOOOOOO!  In case you haven’t noticed jiu-jitsu practitioners come in a variety pack.  Yes, I said it, a VARIETY PACK.  Not Skittles, because those are all stupidly & perfectly round; we obviously have a variety of shapes, sizes, colors, genders, abilities, scents, heights … However, for all intents and purposes the goal here is to bring to light our heavy hitters, our big men and women.  I never realized the plight of our teammates, never thought that when I was complaining about having only one or two matches, they might have zero!  Here’s what the people I spoke to had to say about “some things we wished you little people knew about being big & doing jits.” (and not one of them mentions not rolling with little people 😉

• Jiu-jitsu as a big person in my opinion is hard. Most of us aren’t as agile as someone small

• For me, personally, I feel bad drilling or rolling with someone significantly smaller than me, I always feel like I’m “crushing” them with my weight

• It’s not about how physically big or strong you are, but about mental strength

• I always have it in my mind that if I utilize my weight, no- one will want to work with me

• I feel like as a big guy, the stigma is we can just power through positions & that we don’t have any technique

• I pride myself on having technique because I know when I get tired my strength may not be there but my technique will.

• Being a big person does not make us lazy, a bum, a slob, unhealthy or uneducated regarding health or healthy choices… just like being little or skinny doesn’t make you an expert

• As a big guy you can see how truly effective jiu-jitsu is, when I have a little person just beat my *** as if I’m a mere 60 lbs

• Creativity is a must

• Little vs big and thru the use of technique little wins, well it proves to me, without the shadow of a doubt, that jiu-jitsu is the most practical form of martial arts

• Always being paired with other big people is exhausting & frustrating

• Always being paired with other big people doesn’t allow for training, for those of us who compete, of an Absolute or Open situation

• The assumption that we’re training to lose weight, simply because we’re big… and training

• People looking sideways, away or down during clothing malfunctions- make a joke, face it head on, or SOMETHING. Don’t make awkward, awkward times two.

• You only lose when you give up, and tapping isn’t giving up

• There is a difference between being a guy who is big, and being a big guy who does jiu-jitsu

And as I received input and knowledge from these people, I felt a rock begin to grow in my chest.  Teamamtes, who, while I never ignored, I had never exactly given much thought to their training, or quality of it, either.  It had never occurred to me that in not rolling with my much larger counterparts I was harming their training, I’d always thought just the opposite, that I was helping.  Communication is key in all areas of life, and even more so, I think in our schools & academies.  We trust each other with manipulation of joints and bodies, invade each other’s personal space, and choke each other over and over again.  Be ever conscientious and expand your thinking to include those that float on the perimeter of your jiu-jitsu conscious.

As you progress in BJJ you will go from wanting to learn BJJ to wanting to share what you’ve learned.  It’s the BJJ life cycle.