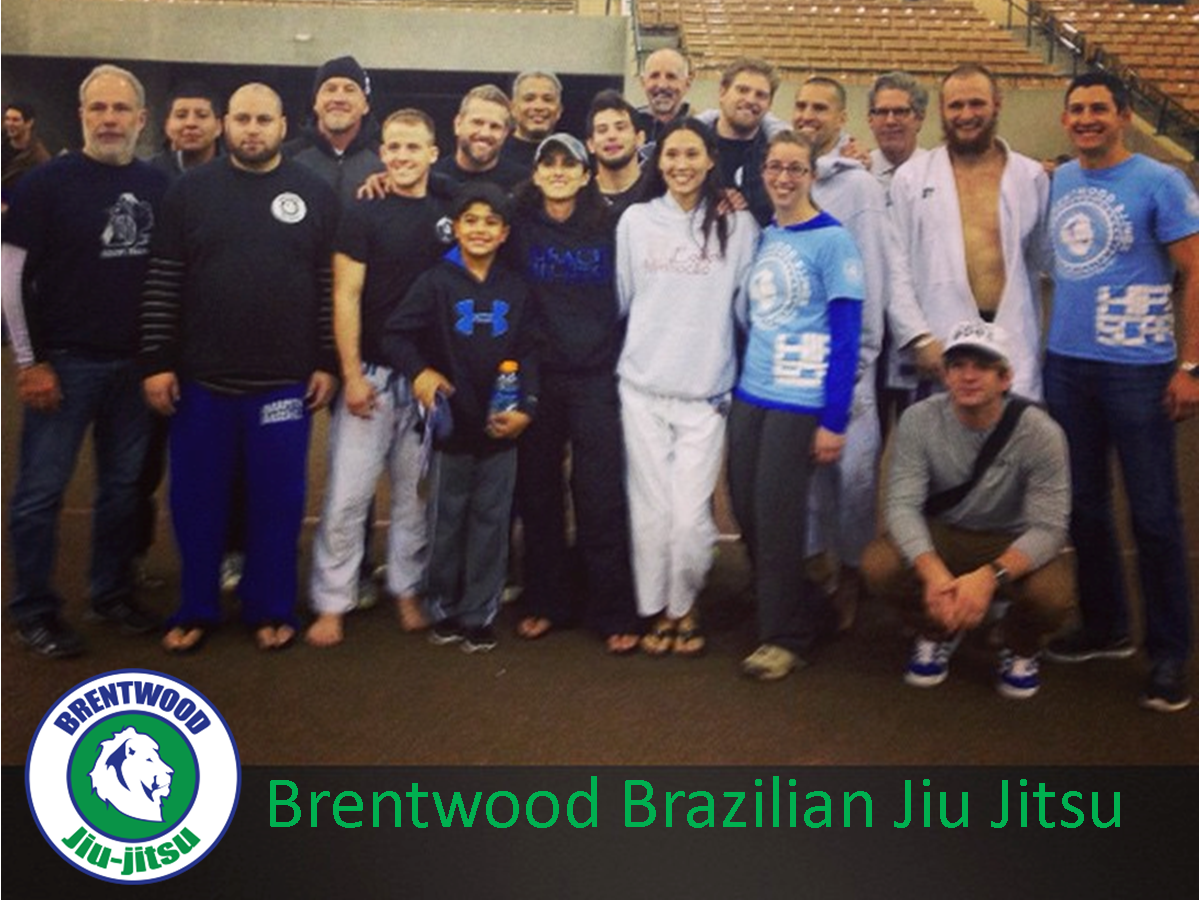 I just competed in my first tournament with a team that I joined only 8 months ago. So on top of being completely on edge from the tournament in general, I was also walking in with a new team. I spent the morning and early afternoon running from one mat to another, filming matches for my teammates. It was a good distraction but the whole time, I kept an eye on the mats, watching as the amount of kids dwindled and then the women’s no gi matches were creeping to an end.  I slowly did my hair and changed into my gi, feeling the gravity of what was drawing near.

My teammates were talking to me, helping me maintain my nerve as the time creeped closer. And then it was time. My name was called and I could hear my teammates as I stepped on the mats.

“Just get to your game.”

It then seemed that the entire auditorium went silent. I saw no one other than my opponent. We slapped hands and then the match started. And then I began to realize the importance of team.

I don’t know about you, but I can talk myself out of anything much faster than I can keep up my motivation. It is nice to have people who know you, train with you, and know your game speak you up when self doubt creeps in.

2) They see more than you

As the room seemed to go quiet, I could still hear two voices coach me from the table, my boyfriend and another teammate of mine. As I went for my first submission, they noticed that it was no longer feasible and coached me into the transition. As I moved for the next submission, they were my extra set of eyes, seeing what I couldn’t. Ultimately, they were the reason I won.

3) They keep you focused

You spend the weeks leading up to the tournament drilling your A game. You leave class and drive home playing out your upcoming match in your head. You may even lay in bed drifting off to sleep to the sights and sounds of what you have been anticipating. And then tournament day arrives. You get on the mat, slap hands and for whatever reason, things change. Nerves get the best of you. Your opponent reacts in a way you weren’t anticipating. Any number of things can happen, and then you hear the voices of your team guiding you back. Guiding you back to game you know.

4) What happens after the match

When you walk off the mat, whether you win or lose, your team is there to support you. The fist bumps, hand slaps, and hugs are the same regardless of the outcome. Your team, the people you train with on a daily basis, are there for you to celebrate the incredible courage it took to step onto that mat in the first place.

On the outside, jiu jitsu looks like a solo sport. We all step out on the mat alone. But one turn of the head will remind us that we are truly not alone.

What are some of the things you appreciate about being a part of your team? What did I leave off of here that you have experienced?