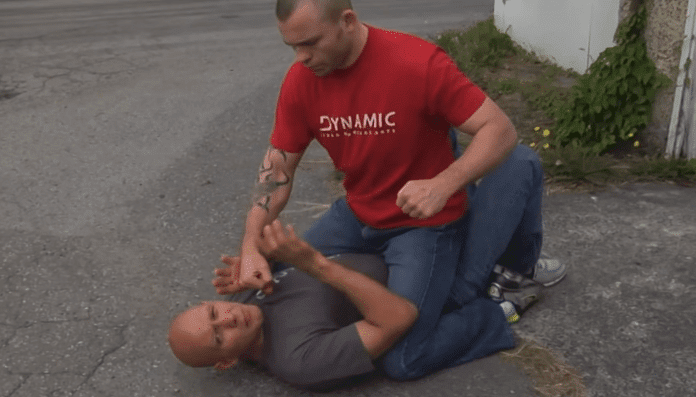 Most students who begin training any martial art start for the reasons of wanting to learn self defence.

Grandmaster Helio Gracie believed that first and foremost Gracie Jiu-jitsu was for a smaller, weaker opponent to defend themselves against larger attacker.

Most bjj academies these days concentrate more on the sports aspect of bjj but the self defence aspect should not be forgotten.

1) Standing headlock
Used in playgrounds and in bar tussles the world around, you have to learn how to deal with this situation!
Stephan Kesting at Grapplearts shows how. This is possibly the most common street attack.

2) Closing the distance to avoid punches
For when a confrontation has escalated and the punches start flying. Against a bigger, stronger opponent you do not want to exchange punches in a fight.
A clinch is a safer strategy

* All of these situations are extremely common in street fights involving untrained attackers.
Make sure you know your self defence!