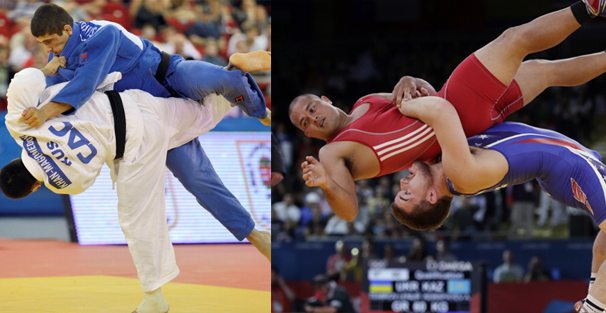 A few days ago I wrote an article about the merits and real meaning of belt rank in Brazilian Jiu Jitsu. The conclusion that can be drawn is that belt rank is a symbol of the time and commitment you’ve put in. There is a corollary topic that is often discussed: the relevance of training outside of BJJ to ones skill-set specific to BJJ.

I’ve read in several articles that one’s training prior to starting BJJ is almost irrelevant to their skills on the mat. I’ve read that it doesn’t really matter how good you are at something else as that something is in fact not BJJ and therefore is not important. I disagree.

I have the distinct honor and privilege of training at one of the finest facilities around, Strong Style Martial Arts and Fitness. We house some of the best MMA fighters in the world, including UFC fighters Stipe Miocic and Jessica Eye amongst many others. Anyone who trains at a place like Strong Style will tell you that while BJJ is an amazing grappling art, it is certainly not the only grappling art, and a good wrestler or judoka will have skills that are certainly very relevant to BJJ.

In fact, many martial arts teach skills that can be relevant, including wrist locks taught in Aikido, leg locks taught in Sambo, pressure and control taught in CACC (Catch Wrestling) and many others. Anyone who dismisses the skills engendered by these arts may find themselves in dire straits.

Even some high level black belts use their training outside of BJJ to supplement their skills like Cobrinha using his movements from Capoeira and Dean Lister using Sambo leg locks.

That said, when you come across someone in your training that has experience in these other arts, ask them to work with you in their preferred domain. Play the leg lock game with the Sambo guy, play the wristlock game with the Aikido expert, just be ready to tap because in spite of their BJJ white belt, they are worlds ahead of you in the art in which they specialize.

I guess what I’m saying is that yes, in the world of BJJ a Judo black belt can be a fresh white belt, but they are certainly not coming in with a clean slate, and their skills are still very real and very dangerous. Just look at Ronda Rousey who has hit more and faster arm bars than any other UFC fighter.

At the end of the day, never judge someone based on what rank they hold in the specific art in which you train, they may have skills far beyond their belt color that can be very useful, and if you have an open mind you may be able to absorb some of those skills and make them part of your game.